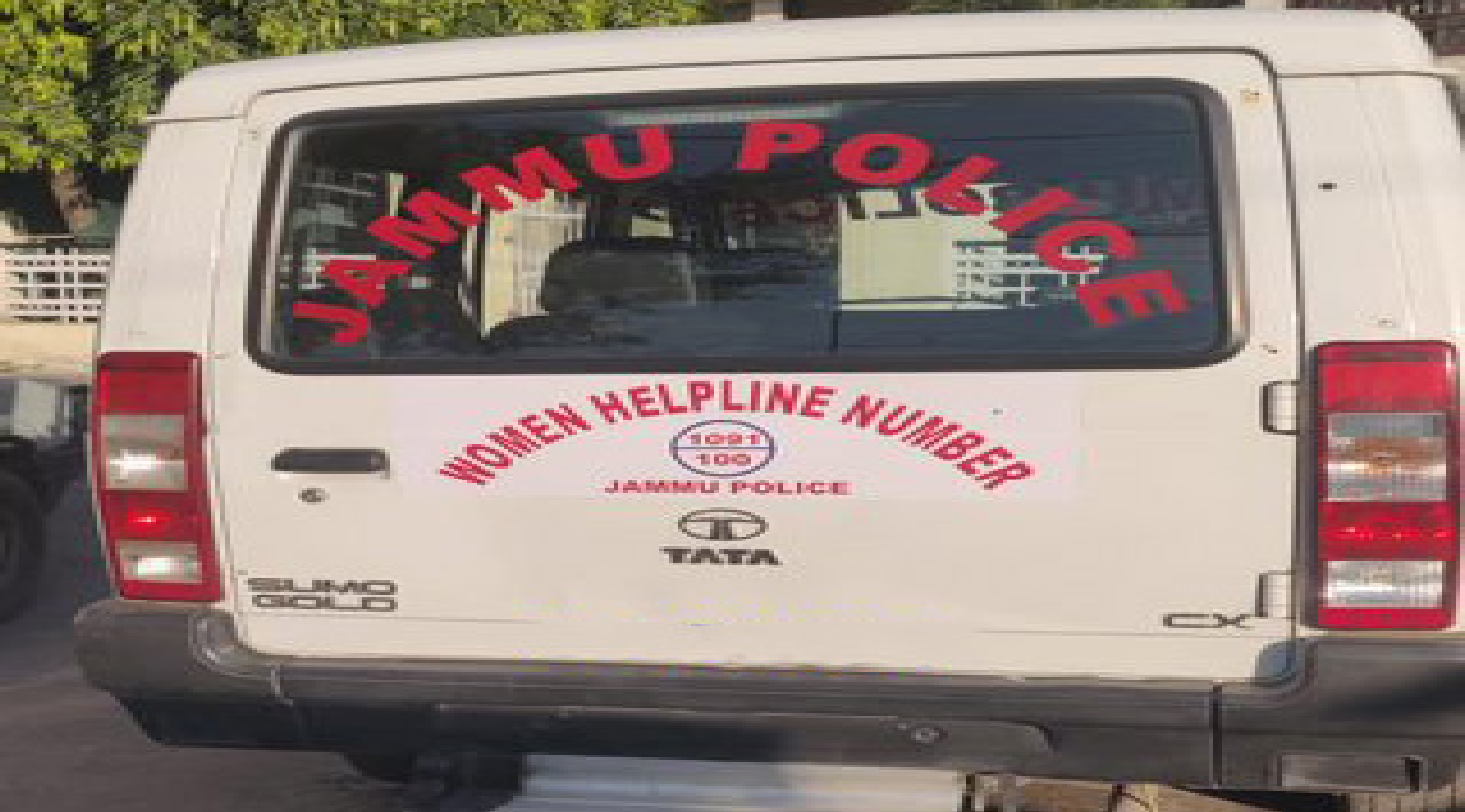 The service, which has initially started within the municipal limits of Jammu, is ferrying any women, who is alone, to her respective destination on her arrival at Railway Station or Bus Stand

An exclusive police night service to ferry women has been made operational by Jammu police.

The police helpline vehicle would be made available to any women who is alone and apprehensive of her safety and security to use public transport between 10pm at night till 5 at dawn.

The service, which has initially started within the municipal limits of Jammu is ferrying any women, who is alone to her respective destination on her arrival at Railway Station or Bus Stand. All that the female passenger has to do is either case Dial 100 or 1091 and within 10 minutes, a police vehicle with female staff would come to her assistance.

The decision to provide special transport facility to women in distress during night hours has come as part of Jammu police efforts to provide secure environment to women.

Jammu Senior Superintendent of Police Tejinder Singh while sharing the launch of the service, stated, “The purpose of the vehicle is to ferry a lady/ girl to her respective destination provided she is alone and on arrival at Railway Station or Bus Stand feels insecure to ply in public transport. She will always be accompanied by two women police officials. Also in case the girl/lady has boarded a public transport or if she’s feeling danger of any kind. The service will be extended to rural areas in the near future. The police response to any call will be in maximum 10 minutes and it will be ensured that the caller remains safe till she gets the assistance. Two women constables will accompany the team.”

The service could be of great benefit to women of the city, which still lacks the Ola and Uber taxi services and majority of the public transport remain suspended after 9pm. Mini buses popularly called matadors and auto rickshaws rarely operate on roads after 9 and one can’t get taxis at random.

In addition, any woman plying a vehicle can also seek help from police if she encounters the problem of flat tyre or some technical fault. But, the service would only be made available to those women who are in distress and need assistance.

He said all the SHOs and the officers posted in Police Control Room have been sensitized and they will be coordinating the assistance.
The move of the police have been welcomed by citizens of the city, who believed that it was an emergent need to ensure the safety of women in wake of incidents that have been witnessed in rest of the country, especially the gruesome rape and murder of the Hyderabad veterinary doctor.

Sudha Sharma, a widow welcoming the police move said, ‘”My daughter works outside the state and has to travel alone to jammu and after the arrival of train at odd hours in night has to wait at railway station till the wee hours to travel home due to lack of security of public transport. I have already informed here about the service. It’s a great initiative taken by police.”

However, some are apprehensive of the success of the service due to unprofessional approach of the lower level police staff.

“It is great move but has to be run very professionally and the police personnel too have to be trained and sensitized. Unless that part is achieved, the initiative can boomerang”, stated Meera Mahajan, who too has her daughter studying at a university outside Jammu and always has to travel at off hours to pick her up from her