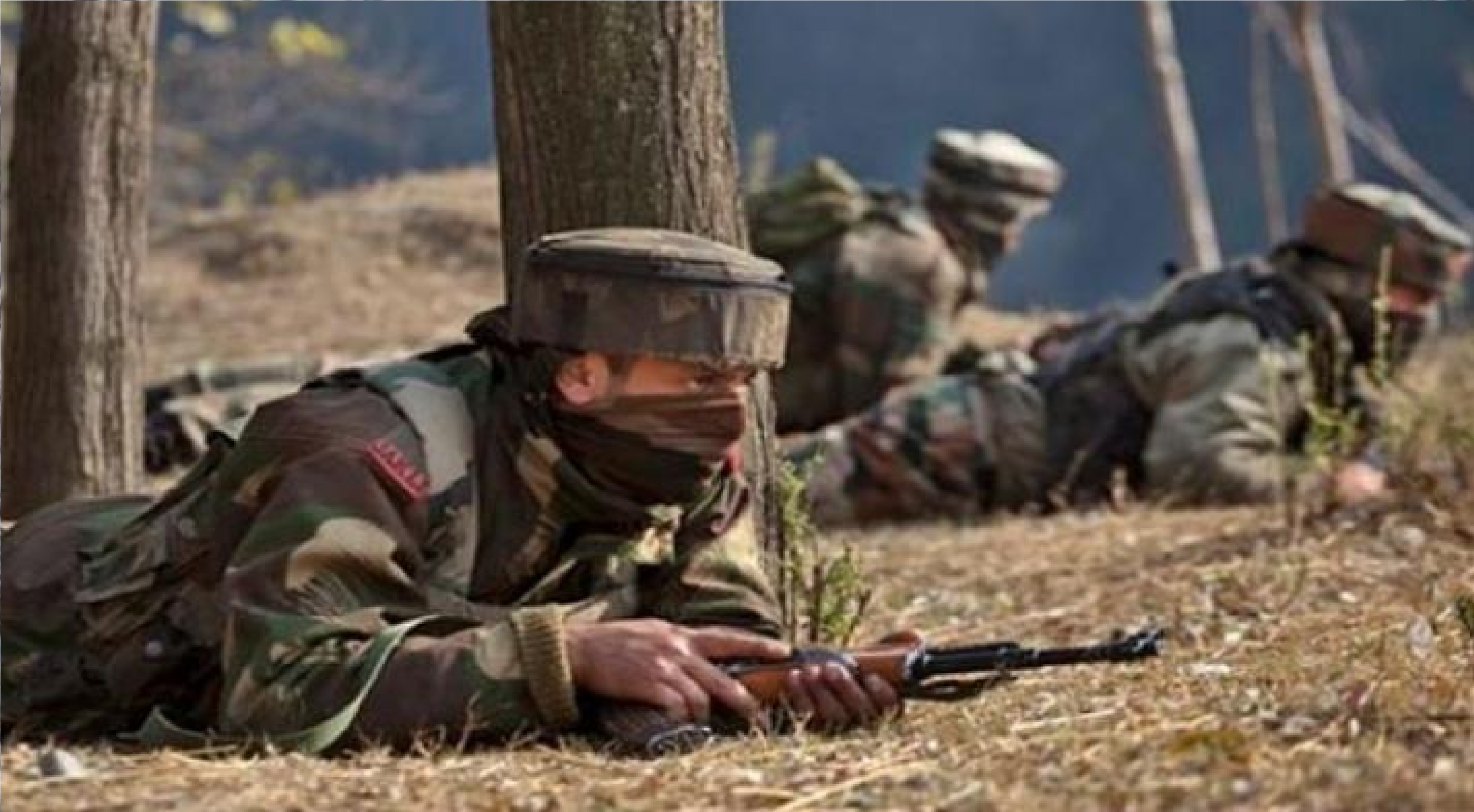 The spokesman said the intruders were well equipped with IEDs, incendiary materials, explosives and a plethora of arms and ammunition

A major Border Action Team action has been foiled along the Line of Control in Naugam sector of Jammu and Kashmir by killing two intruders who are “likely Pakistani soldiers”, the army said today.

“Army foiled a major BAT attempt to strike a forward post along the Line of Control in Naugam sector in the early hours of Sunday,” an army spokesman said.

He said the intruders attempted to come in by exploiting the thick jungles close to the LoC and were assisted by heavy covering fire of high calibre weapons such as mortars and rocket launchers from the Pakistani posts.

“The movement was nonetheless detected by the vigilant Indian Army troops deployed along the LoC,” he said.

The spokesman said the fire-fight initiated by Pakistan was given strong retaliation by the Indian Army and the exchange of fire continued the whole night.
“Own troops conducted prolonged search operations in thick jungles and difficult terrain conditions to ascertain the situation, which confirmed the elimination of two likely Pakistani soldiers and resulted in recovery of a large cache of warlike stores. The search operations are still underway in the sector to sanitise the area,” he said.

He said it was also reported that a few other intruders managed to escape across the LoC, taking advantage of the Pakistani firing and adverse weather and visibility conditions.

“Intruders were wearing combat dresses like Pakistani Regulars and were carrying stores with Pakistani markings further reinforced the assessment. Some intruders were also seen in Border Security Forces and old pattern Indian Army dresses as part of deception,” he said.

The spokesman said the intruders were well equipped with IEDs, incendiary materials, explosives and a plethora of arms and ammunition.

“From the recovery, it was estimated that they intended to carry out a gruesome attack on the Indian Army forward post in Naugam sector. The alertness and resilience of the own troops, who engaged and neutralised the intruders, thus eliminated a likely treacherous attack on the Army forward posts along the LoC on the eve of New Year,” he said.

Army authorities have applauded the courage and perseverance of troops, the spokesman said, adding the Indian Army’s resolve to keep a strict vigil along the LoC and defeat all such nefarious designs of Pakistan will continue to remain firm and consistent.

“We will ask Pakistan to take back the mortal remains of deceased likely Pakistani soldiers since Pakistan did provide full covering fire support to these intruders,” the spokesman said.