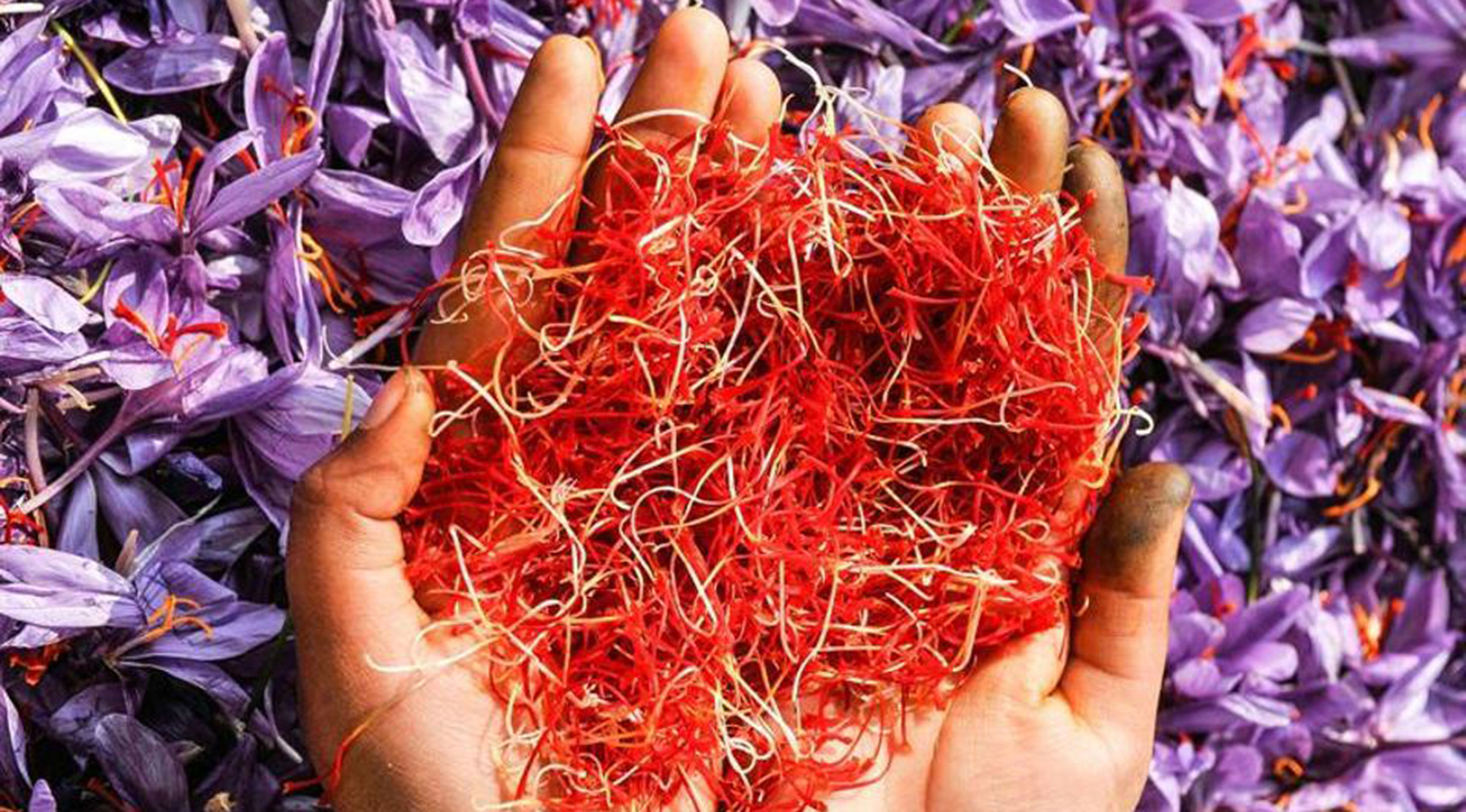 Kashmir is all set to harvest 16 to 17 tonnes of Saffron this year. This is thanks to the timely downpour in the state as reported by the Jammu and Kashmir agriculture department. This comes as a relief after the extreme losses faced during by farmers in Kashmir after apple and walnut harvest. Saffron production expected to increase 3 times from 5-6 tonnes in 2018 to 16-17 tonnes this year .

Owing to the right amount of rainfall and snow at the perfect time, there is an elevated yield of Kashmir’s Saffron. Saffron is a gentle plant, the growth of which is supported by crucially timed rainfall. The prime cultivator of saffron in India is Kashmir yielding up to 4.5kg of spice per hectare costing Rs 3 lakh per kg. The precipitation is very critical for the growth of this delicate flower, which was achieved perfectly by the timely rain this year. This year the downpour was on 22-23 October that dropped the temperature making it optimum for sowing. Following this, the rise in temperature from 25 October boosted the growth of Saffron and harvest before the snow.

One of the saffron cultivators uttered in despair that previously blankets wouldn’t be enough to collect the saffron produce, but these days few baskets are more than sufficient. The two-year dry spell due to drought, heavy flood and erratic rainfall forced several cultivators to abandon their land and work in other sectors. Subsequently, it resulted in shrinkage of land and produce.

Also, the government’s plan to redeem the productivity of saffron seemed to be in vain. For instance, the government devised modern techniques and asked cultivators to sow large seeds instead of small traditional ones. After several attempts, farmers shifted to the traditional methods as this showed changes of retrieval comparatively to the large seeds that showed negative productivity