Detained Kashmir netas having all facilities like TV, mobile, heater 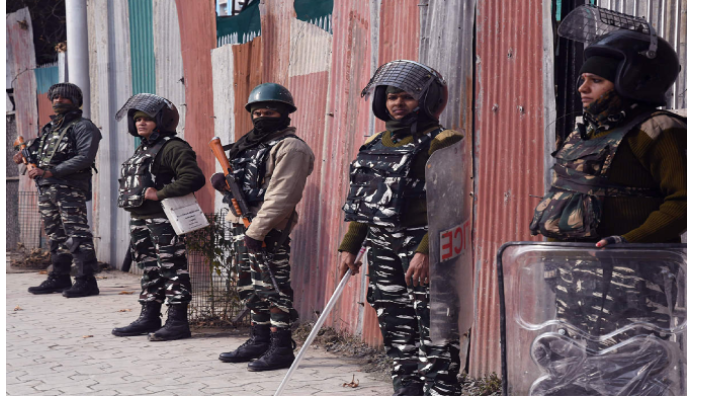 Political leaders, currently lodged at Srinagar’s MLA hostel, are allowed to have television sets in some rooms along with set-top boxes. They can also meet their families 2-3 times a week, government sources said.

MLAs and other political workers from National Conference (NC), People’s Democratic Party (PDP), among others, were shifted to the MLA hostel from Centaur jail at Dal Lake last month, as it lacked proper heating facilities.

Officials said that a few mobile phones and phone lines were made operational for the political leaders to speak to their relatives. As many as 33 members from various political parties are presently under detention in Jammu and Kashmir, including former chief ministers Mehbooba Mufti, Farooq Abdullah and his son Omar Abdullah.

Farooq’s detention under the Public Safety Act (PSA) was extended by three more months last week. As per the home ministry, there are 356 persons from the Valley who have been lodged in various jails across India. Around 250 of them are alleged to be ‘stone-pelters’.

“Many leaders and political workers were released by the state administration after securing bonds and assurance from family members that they will not participate in any political activity,” a senior government official said.

Home ministry sources said the decision to restore the internet in the Valley and other parts will be taken by the state administration. “They have informed that 280 e-terminals were set up across 10 districts in the Valley since August that were used by over 2.60 lakh people.

The National Agricultural Cooperative Marketing Federation of India (NAFED) has so far procured 15.49 lakh MT of apples from the Valley and hopes to procure 22.5 lakh MT by March-end. In the last fiscal, NAFED procured 22.5 lakh MT apples, officials added.

Similarly, there have been 171 infiltration attempts from across the border to Jammu and Kashmir this year till October and 114 of them were successful. Of the total infiltration bids in 2019, 59 happened after August with 7 in October, 20 in September and 32 in August, a home ministry official confirmed. In 2018, there were 143 infiltrations while their numbers were 136 in 2017 and 119 in 2016.

The central government said to have allocated Rs 4,000 crore to the UT of Ladakh for various development work in the past five months.