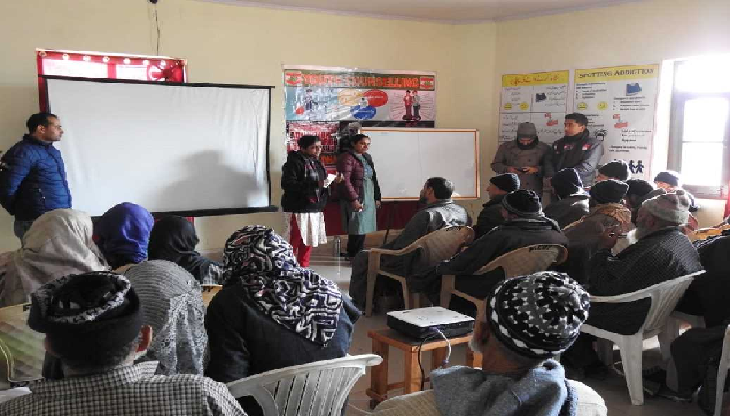 The Capsule will also carry out one to one Counselling Sessions with addicted locals and guide them towards rehabilitation.

To increase the level of awareness about the rising drug menace amongst the locals, a drug de-addiction capsule is being organised from 16 Dec 19 to 26 Dec 19 at various locations of Baramulla District by Uplona Army Camp under the aegis of Haiderbeg Military Garrison.

A reputed team of counsellors under Mrs Vartika Gupta, founder MACHHLI, Consulting Psychologist & Arts Based Therapy Practitioner, Aark Foundation, Pune and Mr Ashraf Ahmed, JKP Drug De-addiction Centre, Baramulla conducted the counselling for locals from Baramulla District. The De-addiction Capsule aims to enhance the general awareness of Drug De-addiction to include imparting knowledge of disadvantages and effect of Drug abuse, identifying addicts with symptoms and measures which can be taken at family and friends level to assist a drug addict in rehabilitation. The Capsule will also carry out one to one Counselling Sessions with addicted locals and guide them towards rehabilitation.

The event witnessed a great response from the locals with a footfall of 105 on the day one of the Capsule. The Capsule was also attended by officials of Civil Administration, JKP, District Hospital Sopore and District Hospital Baramulla.

The locals appreciated the efforts put in by the Army to provide such a comprehensive exposure on the drug menace which will assist the affected families in dealing with addicted persons. The counselling brought awareness about the Drug menace and also generated tremendous goodwill amongst local populace. The locals also requested the organisers to carry out similar Counselling Sessions in future.