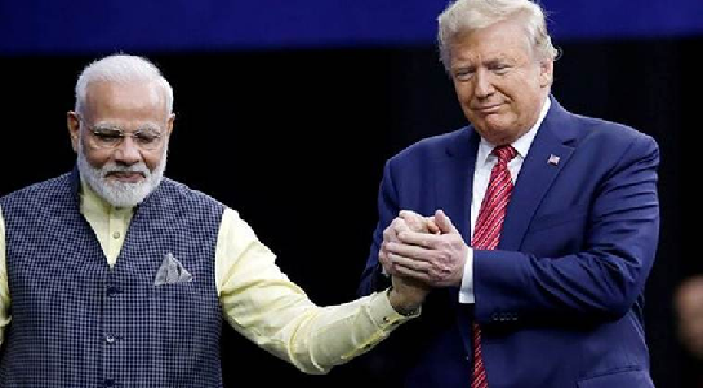 The decades-long dispute between India and Pakistan in Kashmir has created a regional environment characterized by perpetual tension and instability. India, Pakistan and China—all nuclear states—have claims in various areas of Kashmir. The international community, including the United States, has taken a neutral position and has left the issue of Kashmir to be solved bilaterally between India and Pakistan. Unfortunately, the geopolitics of the region are changing rapidly as China rises, Pakistan remains in turmoil and India exerts itself, opposing the expanding influence of China. India is an important ally of the United States and we should support its position in Kashmir.

Kashmir has been in dispute since 1947. Numerous wars have been fought in the last seven decades—four between India and Pakistan, the latest in 1999. There have also been several smaller skirmishes between India and Pakistan, most recently in February of 2019. While India has generally prevailed against Pakistan, a war between China and India in 1962 left China with a small piece of territory in Kashmir. Since this time, China has had a role in the dispute, often aligning with Pakistan.

Of the three claimants in Kashmir, India’s claim is the most credible. After the end of British rule, in the 1950’s, Jammu and Kashmir—approximately two-thirds of Kashmir—acceded to join India. The state was awarded a special administrative status, affording it autonomy over internal administrative decisions. Over the years, the Jammu and Kashmir state government has increasingly aligned with the Indian central government.

Pakistan has rejected Jammu and Kashmir’s alignment with the Indian government and has come to control about one-third of Kashmir. Despite several United Nations Security Council meetings, no international solution has been agreed upon. The international community—including the United States, India and Pakistan—have supported a bilateral solution.

Nonetheless, with the assistance of China, Pakistan continues to internationalize the issue of Kashmir and to challenge India’s claims. Their objective is to change the international perspective of the dispute. Pakistan consistently supports radical Islamic militant groups in Kashmir that routinely attack Indian interests there. In Afghanistan, Pakistan has articulated the desire for a peaceful solution but turns a blind-eye to terrorist groups seeking safe-haven in the tribal areas of Northwest Pakistan. Accordingly, it is difficult to accept Pakistan as a genuine partner for peace and good-faith negotiator in Kashmir. In 2007, a comprehensive peace plan in Kashmir was agreed to until Pakistani President Pervez Musharraf intervened to stop it.

The ongoing dispute has prevented regional peace and stability, and the possibility of conflict is still high. As the Pakistan-Chinese alliance becomes stronger there is no guarantee that the status quo between Pakistan and India will survive. Both Pakistan and China have vested interests in challenging India. Pakistan sees India as an existential enemy and China perceives India as a primary geopolitical competitor. On the other hand, India has increased its authority over Jammu and Kashmir, despite its autonomous administrative status, with the repeal of Article 370 of the Indian Constitution which would make all aspects of the Constitution applicable to Jammu and Kashmir. As long as the Indian government respects the rights of minorities in the region, we should support the repeal of Article 370 and the further incorporation of Jammu and Kashmir with the Indian state.

India is the most credible claimant in Kashmir and is in the best position to accomplish a political solution to the dispute. The international community has limited efficacy here. Further, India will remain a critical strategic ally in the Indo-Pacific region as we confront an ascendant China. For these reasons, we should support India’s claim in Kashmir over those of Pakistan and China.

(The writer is Member of the US’ Foreign Affairs Committee
Courtesy: The Hill)