SMS facility for all mobile phones restored in Kashmir 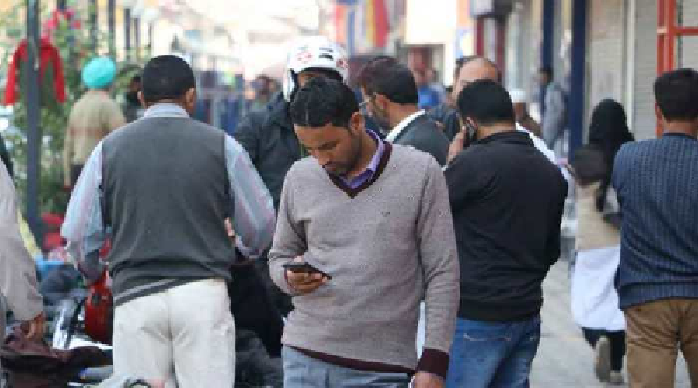 Though most services, except mobile internet, were restored in Jammu within a week, Kashmir saw landlines and post-paid services being restored in phases

Broadband internet service was restored in government-run hospitals and SMS facilities were restored on all mobile phones starting at midnight on Tuesday in Kashmir, after over four-and-a-half months of suspension.

Internet services, landline and mobile phones were snapped across Jammu and Kashmir on the eve of August 5 -- the day the Modi government announced in Parliament that the region's special status would be scrapped, and that it would be divided into two Union Territories.

Though most services, except mobile internet, were restored in Jammu within a week, Kashmir saw landlines and post-paid services being restored in phases.

"It has been decided to restore internet connectivity to all government hospitals with effect from midnight of December 31 besides fully restoring SMS on mobile phones," said Rohit Kansal, a spokesperson for the Jammu and Kashmir administration.

He said that "our direction has been progressive, positive, and movement forward".

"We have been trying to take all possible steps slowly, surely but firmly in the form of restoration. These steps will continue," said Kansal, who is also principal secretary for planning, development and monitoring in the Union Territory administration of Jammu and Kashmir.

"Nearly 900 such touch points and special counters are functional throughout Kashmir in districts, prominent tourist places and hotels, and about 6 lakh people have taken advantage of these touch points," the spokesman said.