Terror needs to be eradicated first from J&K: Indian-American attorney to US Congress 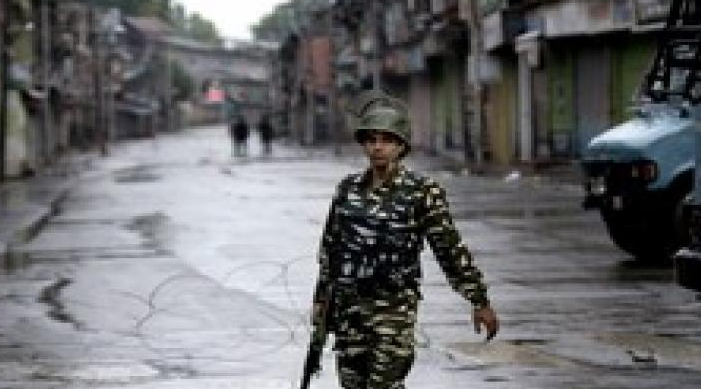 A top Indian-American attorney, Ravi Batra’s remarks came while responding to a Congressional subcommittee on human rights in South Asia

Terror needs to be eradicated, so rights and freedoms mean something, a top Indian-American attorney has said as several US lawmakers underscored the importance of human rights in Jammu and Kashmir after the revocation of its special status.

Ravi Batra’s remarks came while responding to a Congressional subcommittee on human rights in South Asia.

“When you have people afraid to come out of their house because they don’t want to be blown up because cross border terrorism exists as a daily event and homegrown terrorist being nurtured. The first thing somebody wants before they want human rights, they want to live,” the attorney from New York told the Subcommittee on Asia, the Pacific, and Nonproliferation of the House Foreign Affairs Committee.

“I owe India an apology, as when she suffered the Mumbai Terror attack on November 26, 2008, when Jews and Americans were singled out for death by Pakistan based Terrorists, I joined in arguing for ‘restraint’. I was wrong. Terror needs to be eradicated, so our rights and freedoms mean something,” Batra said.

Batra said like former US President Abraham Lincoln, Prime Minister Narendra Modi also took extraordinary steps like legal amendments to have legal authority and then installing a massive force to prevent fatalities in Kashmir from motivated fire-fights by cross-border or home-grown terrorists.

Batra, who was personally invited by Congressman Eliot Engel, Chairman of the House Foreign Affairs Committee to testify on this important issue, referred to Modi’s argument in abrogating Article 370 of the Constitution that gave special status to Jammu and Kashmir.

“He (Modi) said he did this to bring the promise of equal rights and freedoms to all Indians. His actions on August 5, 2019 were judicious, as they were careful. No war broke out. Terrorists were immobilized, as communications and internet were cut off,” Batra said.

“India, it seems, learned from her Mumbai terror attack. Indeed, landing at JFK airport, when standing in line for immigration inspection, there is no phone service or internet connection. Safety matters,” he said.

Batra also drew a parallel between Jammu and Kashmir and the US states of Louisiana and Alaska. “A simple point worth making: Kashmir was attached to India by a legal decree duly signed by its then-Hindu ruler Maharaja Hari Singh, several months after the needlessly bloody Partition when tens of millions were killed,” he said. Get access to India’s fastest growing financial subscriptions service Moneycontrol Pro for as little as Rs 599 for first year. Use the code “GETPRO”. Moneycontrol Pro offers you all the information you need for wealth creation including actionable investment ideas, independent research and insights & analysis For more information, check out the Moneycontrol website or mobile app.