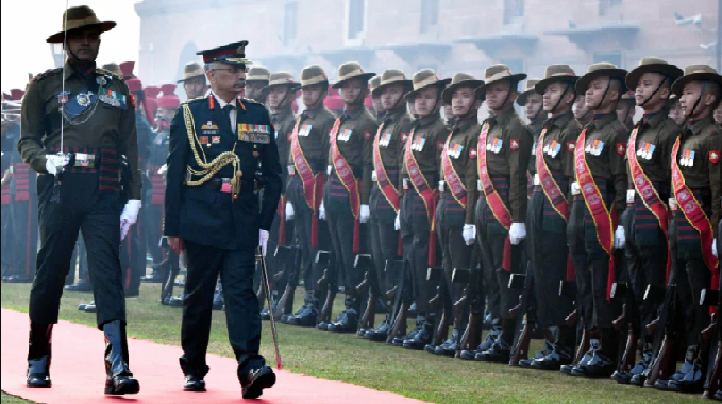 Gen. Naravane pointed out that there's a parliamentary resolution that all of Jammu and Kashmir, including the region occupied by Pakistan, belongs to India. If Parliament wants it, then PoK should belong to India, he said.

When the Army gets orders to that effect, it will "definitely" take action, he added.

Recently, in an interview with a news channel, Gen. MM Naravane said the Army was ready to conduct larger-scale operations in Pakistan-occupied Kashmir "should that be the mandate."

In the months following the scrapping of the erstwhile Jammu and Kashmir state's special status, current and former Indian government ministers have publicly floated the idea of reclaiming PoK.

External Affairs Minister S Jaishankar said in September that Pok "is a part of India", and "we expect one day we will have physical jurisdiction over it."

Asked about the feasibility of military operations in PoK in this context, Gen. MM Naravane told the news channel: "We have our forces deployed all across the border, including J&K, and we have various plans, and if required, those plans can be put into action. We will carry out -- and carry out successfully -- any task that we are tasked to do."

Pressed on whether that also meant larger-scale ops in PoK, he said: "Should that be the mandate."