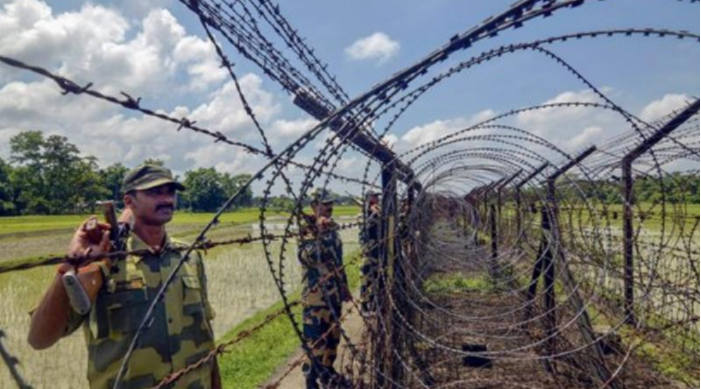 Pakistan and Chinaare not only committed to retaining control over the territories they already grabbed, but they also want to seize even more

The Indian government’s recent decision to revoke Kashmir’s special semi-autonomous status has raised fears of yet another conflict with Pakistan over the disputed territory. But in order to understand the implications of the events unfolding in Kashmir – a heavily militarized geopolitical tinderbox situated at the crossroads of Central Asia – it is essential to dispel the many myths and misunderstandings surrounding it.

The first myth relates to the name itself. While news reports focus on the “Kashmir region,” they often fail to note that Kashmir is only a small slice of the affected territory, called Jammu and Kashmir (J&K), which also includes the sprawling areas of Ladakh and Gilgit-Baltistan.

Moreover, calling J&K a “Muslim-majority” region fails to reflect just how ethnically, culturally and religiously diverse it is. Indeed, while Kashmir itself is majority Muslim, Jammu is majority Hindu, and the vast, sparsely populated Ladakh is traditionally Buddhist. Gilgit-Baltistan is also predominantly Muslim – Shiite, to be precise (though Pakistan’s government has for decades been encouraging Sunni Muslims to relocate there and gradually form a majority).

J&K residents who speak the Kashmiri language (Koshur) are concentrated mainly in the Indian-administered, densely populated, predominantly Sunni-Muslim Kashmir Valley, which has become a hotbed of Pakistan-backed jihadists fighting to establish an Islamic emirate. In early 1990, the jihadists launched a rapid and bloody campaign of ethnic cleansing, which drove virtually the entire native Hindu community out of the territory. Since then, the Islamists have been systematically replacing the Valley’s syncretic traditions with Wahhabi/Salafi culture.

Yet another common misunderstanding is that India and Pakistan are the only actors vying for control in J&K. In reality, the region is split among India (which holds 45%), Pakistan (which controls 35%) and China (which occupies 20%).

Only India claims the entire region, as well it should: The princely state of J&K lawfully merged with the country under the 1947 Indian Independence Act, which partitioned British India into independent India and Pakistan. (Thus the notion that in revoking Kashmir’s special status, India has in effect “annexed” the territory is just another myth.) The Pakistani- and Chinese-held portions of J&K are in essence the spoils of separate wars of aggression waged by Pakistan and China against India in the period from the late 1940s to the early 1960s.

Yet Pakistan and China, both revanchist states, are not only committed to retaining control over the territories they already grabbed, they want to seize even more. Pakistan’s terrorism-driven asymmetric warfare is aimed at securing the Kashmir Valley. (The military conflicts Pakistan initiated against India in 1965 and 1999 failed to deliver territorial gains.) China, for its part, advances its claims to several Indian-administered areas of Ladakh through furtive, incremental, and increasingly frequent territorial incursions.

As the J&K issue has undermined both countries’ relations with India, it has cemented their long-standing strategic nexus with each other. In 1963, Pakistan ceded a segment of its own territory in the J&K region to China, which had earlier occupied Ladakh’s Switzerland-sized Aksai Chin Plateau. It is the only case of one country giving another a sizable chunk of the territory that it captured in a war with a third country (India, in 1948).

Today, China has thousands of People’s Liberation Army troops stationed in the Pakistani-held part of J&K. So beyond controlling its own section of J&K, which serves as a vital link between Xinjiang and Tibet, China benefits from an “economic corridor” through Pakistani-held J&K territory to Pakistan’s Chinese-controlled Gwadar Port. The corridor connects the overland and maritime routes of China’s Belt and Road Initiative.

China and Pakistan have hypocritically protested India’s revocation of J&K’s special status, even though neither country has granted any autonomy to its portion of the region. And, in fact, it was Pakistan’s relentless support for terrorism in the region that drove India to make the change, which will enable its federal government to take greater responsibility for J&K’s security.

J&K’s new structure – with Jammu and Kashmir as a union territory with an elected legislature, and Ladakh as a territory ruled directly by India’s central government – aims specifically to compartmentalize the region’s territorial disputes, and could support India’s ability to counter aggression from China or Pakistan. The change was approved overwhelmingly by India’s parliament.

Overseas critics, however, have condemned the move, including India’s efforts to ensure security during the potentially tumultuous transition. But it is worth noting that India allows media free access to its J&K territory, whereas Pakistan requires foreign journalists to obtain a military-approved “no-objection certificate.” China has never allowed international media into its portion of J&K.

To be sure, it is a difficult time for local people: Telecommunications and Internet service have been disrupted, a virtual curfew has been imposed in some areas, and thousands of troops have descended on the region. But these measures are a response to the presence of large numbers of Pakistan-backed terrorists. If Pakistan halts its destabilizing activities, India will have no need to exert such forceful control over J&K.

The fact is that India is wedged between two nuclear-armed allies that routinely defy fundamental international rules and norms, including respect for existing frontiers and territorial sovereignty. Until China, the world’s most powerful autocracy, and Pakistan, a mecca of jihadist terrorism, change their ways, India will have little choice but to take all necessary steps to protect itself.