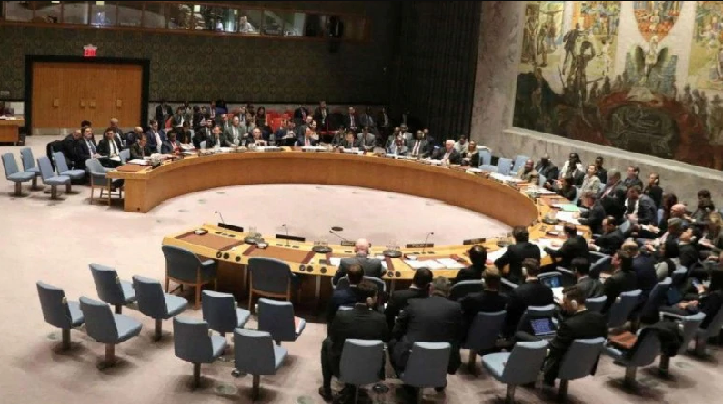 Yet another attempt by China to internationalise the issue of Kashmir, at the behest of its all-weather ally Pakistan, failed miserably at the United Nations on Wednesday. China sought a "closed-door consultation" under "AOB" (Any Other Business) at the United Nations Security Council (UNSC) after the listed issues were discussed. The meeting was based on the old request of Pakistan and was scheduled for December 24 but could not take place.

Sources told India Today TV that the second consultation after the August 2019 closed-door meeting on Kashmir also ended with "zero" outcome. Indian envoy to the UN, Syed Akbaruddin told India Today TV, "We are happy that neither the alarmist scenario painted by neither representatives of Pakistan, nor any of the baseless allegations in UN were found to be credible today." There were no takers for China's request.

The decision to push for Kashmir at the UNSC by Pakistan through China comes days after India took a batch of 15 foreign envoys to Jammu and Kashmir. There have also been some relaxations in broadband and 2G data usage for essential services and the release of a few political detainees.

The P5 minus China and the other ten member states in the room stood opposed to the idea of discussing the issue.
All other 14 members of the UNSC were of the view that this was not a matter that needed discussion at this point, said a source. Two countries - France and UK - came out and categorically called it a "bilateral" issue between India and Pakistan. Russian envoy Dmitry Polyanskiy also agreed Kashmir is a bilateral matter.

In a tweet, he said, "UNSC discussed Kashmir in closed consultations. Russia firmly stands for the normalisation of relations between India and Pakistan. We hope that differences between them will be settled through bilateral efforts based on the 1972 Simla Agreement and the 1999 Lahore Declaration." French diplomatic sources said, "France has noted the request of a UNSC member (namely China) to raise the issue of Kashmir once again in this body. France's position has not changed and is very clear: the Kashmir issue must be settled bilaterally as we have stated on several occasions."

India Today TV has learnt that the UK was forthright in saying that "bilateral" dialogue has no place in the United Nations. US, on its part, also added that the issue did not belong "here" (the UNSC).

Ambassador Akbaruddin called out the distractions that were being created by Pakistan at a time when Indian administration has been trying to make efforts to normalise the situation in the union territory of Jammu and Kashmir.

"We are glad that the effort was viewed as a distraction and it was pointed by many friends that bilateral mechanisms are available to raise and address issues that Pakistan may have in its ties with India," said the envoy.

Similarly, another member of the UNSC called Kashmir a "bilateral" issue. Speaking on the sidelines of an event in New Delhi, Estonian Foreign Minister Urmas Reinsalu said, "It is a bilateral issue."

"Pakistan's practice of using false pretenses to distract from addressing the malaise that afflicts it has run its course today," Akbaruddin said, calling out Pakistan in using China every step of the way in the world body.

The international community might have views on the issue of Kashmir and have raised it bilaterally with India. But none wants to cede space to China or to Pakistan to internationalise an issue that has massive security implications.