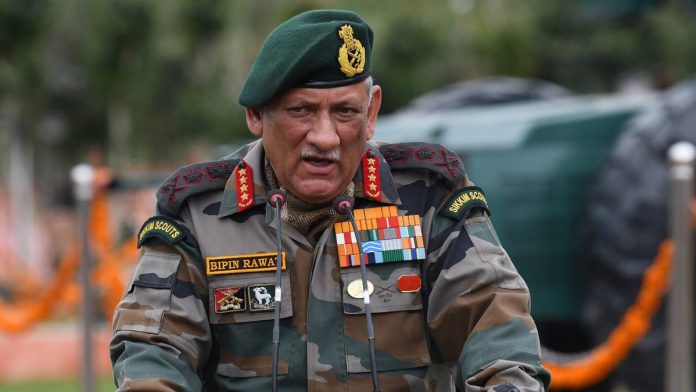 The security personnel "rarely" use pellet guns against stone-pelters in the Kashmir Valley where the forces have suffered casualties caused by stones, Chief of Defence Staff General Bipin Rawat said Thursday. "There are young people, who have been radicalised, who are pelting stones which are as lethal as pellet guns. We have had severe casualties (in the forces), including death being caused because of stones. We cannot say that the security forces start using stones against stone pelters," said Chief of Defence Staff General Bipin Rawat on Thursday ."We have now devised different ways to deal with it (stone-pelting) and pellet guns are now very sparingly used in the Valley," he added. The CDS also said the security personnel aim for the legs of stone-pelters who get hit on the face as they bend to pick up stones, and the forces cannot be blamed for it. "Pellet guns are supposed to be a non-lethal weapon system. It is supposed to be fired below the leg. But I will show you the positions of the pelters, some are standing while others are picking up stones from the ground. In that phase when they are picking up stones, the security personnel is not aiming for the face, he is aiming for the leg, but it hits the face while he (pelter) is picking up the stone," Rawat said.