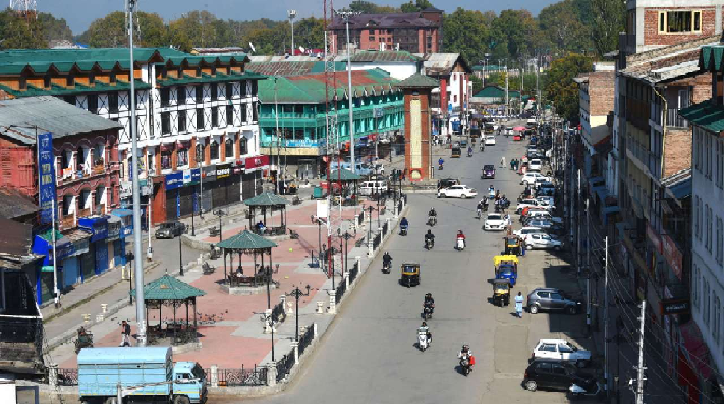 According to an official letter shared with the media, 38 Union Ministers are all set to visit different districts of both the divisions of the newly-formed Union Territory of Jammu and Kashmir. The visits are scheduled to start on January 18 and would continue till January 24.

The visits have been planned in order for the ministers to create awareness about various government policies, especially the major political developments that have taken place in the country in the recent months, including the abrogation of Article 370. Reports suggest that the visit is an initiative of Union Home Minister Amit Shah and the ministry is coordinating it.

Just hours ahead of the ministers’ visit to the Union Territory, BJP state unit chief Ravinder Raina in a letter to Prime Minister Narendra Modi, thanked him for the initiatives and for giving him a chance to host the ministers. Union Minister Arjun Ram Meghwal will visit Samba's Puramandal area, Ashwini Choubey will visit Samba's Chajjwal, while Dr Jitendra Singh will visit Jammu city, on Saturday.

BJP sources, while speaking about the visit, said the Ministers will hold durbars across the region at Panchayat and block levels. While expressing his happiness about the Prime Minister’s decision to send the ministers, Raina said, "It's a good occasion to meet with the ministers and apprise them of the problems faced by the people.”

The Modi led government had, on August 5, abrogated Article 370 that gave a special status to the people of Jammu and Kashmir. In order to execute the mover, the government had ordered for additional Indian troops who were deployed in the area for a long period of time. In addition to that, schools and colleges were shut and telephone and internet services were suspended. In addition to that, tourists were ordered to leave and regional political leaders were placed under house arrest.