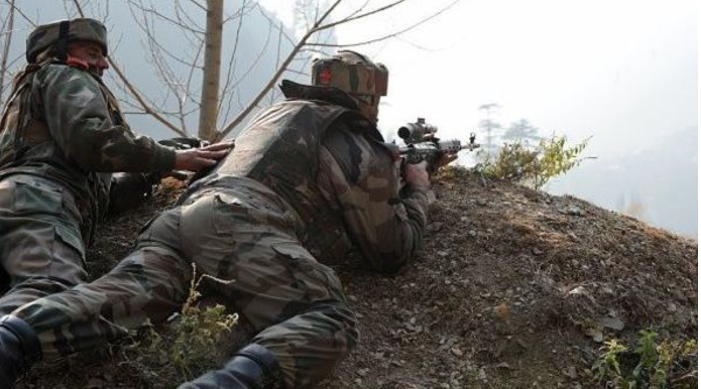 Adil Bashir Sheikh of Jammu and Kashmir Police was gunned down in an encounter in Shopian on Monday. He was in constant touch with the higher ranks of the Hizbul Mujahideen

As the Jammu and Kashmir police comes to grips with the alleged involvement of Deputy Superintendent of Police (DSP) Davinder Singh with the Hizbul Mujahideen, another one of their own from the forces – Adil Bashir Sheikh — was gunned down in an encounter in south Kashmir’s Shopian district on Monday.

Another Hizbul militant was also killed in the encounter.

Closing the loop, security forces also gunned down the Hizbul’s district commander Wasim Wani, who was in line to succeed Naveed Babu, who had been caught along with Davinder Singh last week, a senior official familiar with the development has confirmed.

Early Monday morning, while troops of the Indian Army’s Rashtriya Rifles, the J&K Police’s special operations group and the Central Reserve Police Force (CRPF) were conducting a cordon and search operation (CASO) in Shopian’s Zainpora, three terrorists of the Hizbul opened fire at the troops.

With Naveed Babu in police custody, Wani was poised to take over as the next commander of the terror outfit, which has once again been trying to establish its foothold in the valley since the elimination of its commander Burhan Wani in 2016. As the outfit had been recruiting fighters over the last few years, Sheikh in 2018, fled with seven AK rifles and a pistol from the residence of PDP legislator Aijaz Ahmad Mir from Srinagar’s Jawahar Nagar area.

Soon after, the J&K police’s investigation revealed that Sheikh had been radicalized and had been in constant touch with the higher ranks of the Hizbul Mujahideen and had steadily been working with them.

Just last week, the Indian Army gunned down the Hizbul Mujahideen’s district commander Harun Hafaz, in an encounter in Jammu and Kashmir’s Doda district. While Hafaz was wanted for several terror incidents including killing of political activists, his elimination, along with Wani and Sheikh’s elimination on Monday, is unlikely to stall the Hizbul’s growth in the valley, forces added.