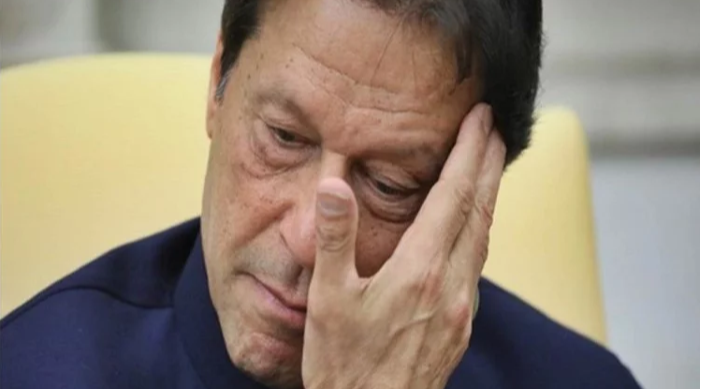 To hide his failures, he ratcheted up the Kashmir rhetoric. But with little to show, he now stares at marginalisation

Pakistan’s “selected” Prime Minister Imran Khan has thrown everything he’s got into agitating over the issue of Jammu and Kashmir, both on the international stage as well as at the bilateral level with India. Counter-intuitive though it may appear, the change in the constitutional status of the erstwhile state of Jammu and Kashmir has given a temporary lease of life to Khan.

A little over a year in office, Khan has proved himself to be an utterly clueless and incompetent administrator. The rumour mills in Islamabad — according to a Pakistani political observer, there are no rumours in Islamabad, only premature facts — had for some weeks been churning out stories about how the “selectors” (read Pakistan’s military establishment) were unhappy with their selection, and were contemplating either changing the “team” or perhaps just the “cThe spike in his political stock because of his UNGA speech did not quite reflect in the stock markets back home. Pakistan’s economy has continued to tank. With the opposition itching to oust him using his own dharna playbook and reports of discontent within his own ranks, things are likely to go further south for Khan.

Clearly, on Kashmir, the diminishing returns are starting to set in for both Khan and his “selectors”. The “Kashmir cause” can be invoked only up to a point to muzzle the opposition, mute discordant and dissenting voices in the media, manipulate public emotions and sentiment, and manage the rising discontent by deflecting the public discourse away from the exigent problems that confront the country.

The problem is that Khan has ratcheted up the rhetoric on Kashmir to a point where he has left himself no wiggle room to back down. He cannot do anything substantive (double down on jihadist activity or indulge in military adventurism) to change the status of Kashmir because of the diplomatic, economic, financial and military repercussions it will involve. He also has to deal with the political aftermath (the opposition tearing into him, and his core constituency looking askance, on inaction on Kashmir) and the security implications (restive Islamists and Jihadists) this entails. As and when the military decides to wind down the tensions with India, because the current state of affairs is not sustainable, Khan will have to become the fall guy.

For now, despite murmurs that all is not well, the “selectors” seem to have Khan’s back. Because they don’t have a viable political alternative available, the military brass has little choice but to stick to their “selected” captain for the foreseeable future. There are, however, indications that he might be reduced to the status of a non-playing captain.

For decades, Pakistan’s army has been controlling foreign and security policy. Now it is conquering new areas. The media was the first to fall. The judiciary has fallen in line. The army has now set its sights on taking charge of the economy. The meeting of the army chief with captains of trade and industry, who sought his intervention in not just the making of economic policy but also its implementation, is a clear indication of this trajectory.

The choice before Khan is clear: He can either serve out his term as a lame-duck prime minister or he can hang up his boots and go home.aptain”.

But after August 5, these rumours receded. Overnight, growing panic over the collapsing economy and rising economic distress gave way to national hysteria over Kashmir. For both the Pakistan government and the all-powerful military, whipping up emotions and passions over the enormity of India’s actions in Kashmir also served the purpose of deflecting the attention of the people from their existential crises.

For nearly two months, the Pakistani media was saturated with news related to Kashmir. The country went into a propaganda overdrive to not just internationalise Kashmir, but also mobilise the people to make it the primary agenda of the Pakistani State and society. The entire domestic and diplomatic effort undertaken by Pakistan was part of a build-up that would climax in what was expected to be a path-breaking speech by Khan at the United Nations General Assembly (UNGA).

The UNGA speech certainly wowed his diehard supporters back home. But once the high was over, questions started being asked on what it achieved. The hype around the speech had created an impression that as soon as Khan steps off the UNGA podium, India would be forced to abandon Kashmir. But Kashmir wasn’t “liberated” and Khan returned to a Pakistan which was in even deeper economic and political crisis than what it was when he proclaimed himself an ambassador of Kashmir.