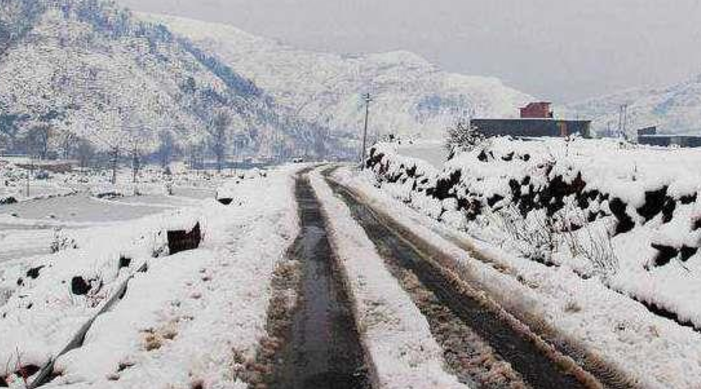 "Snow has been cleared on Kupwara-Tanghdar road and one-way traffic has been restored in the afternoon,” a police official at Kupwara said

Traffic to border area of Tangdhar and few other remote areas, including those near the Line of Control (LoC), was on Thursday afternoon restored after remaining closed for two days due to the accumulation of snow and slippery road conditions.

However, there was no relief for people living in cutoff border towns of Keran, Machil and dozens of far flung and remote villages, where snow clearance operation to restore traffic to these areas has been taken up on war footing. Traffic on road leading to border town Gurez, which is surrounded by Pakistan Occupied Kashmir (POK) from three sides, remained suspended for the past 22 days on Thursday due to slippery road conditions and accumulation of several feet of snow.
“Snow has been cleared on Kupwara-Tanghdar road and one-way traffic has been restored in the afternoon,” an official of Police Control Room (PCR), Kupwara, said.

He said clearance operation to restore traffic on Kupwara-Karnah, Kupwara-Keran and Kupwara-Machil roads continued on war-footing to clear 6 to 7 feet of snow. Border towns of Keran, Machil and dozens of far flung and remote villages were cut off from the district headquarter on January 13 due heavy snowfall.

Razdan pass, connecting Gurez, Neeru and dozens of other areas near LoC with district headquarters Bandipora, remained closed due to accumulation of snow and fresh snowfall.

A police official said about five feet of snow was accumulated at some places on the road. “About 80 per cent of the road has been damaged and it is highly unlikely that these areas will be reconnected to district headquarter before March,” he added.

The government has approved a tunnel at Razdan pass to make it an all weather road.