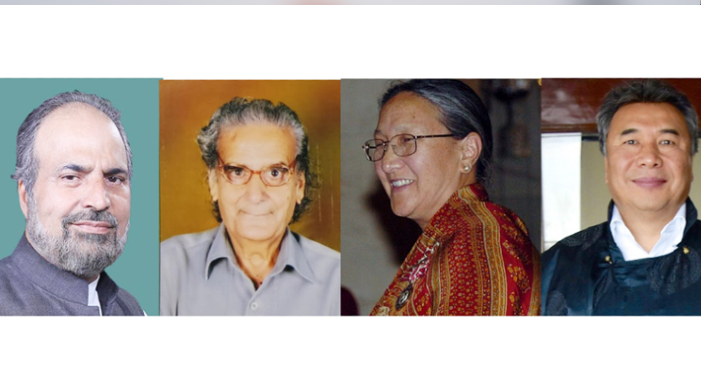 As many as five notables from Jammu and Kashmir, and Ladakh have been awarded Padma Awards, announced on Saturday.
Veteran PDP leader, and former finance minister and Deputy Chief Minister of the ertswhile state of J&K Muzaffar Hussain Baig has been honoured with the Padma Bhushan.

He was one of the few politicians who was not detained by the Union Government after abrogation of Article 370 on August 5 last year.

Noted writer/poet from Jammu Shiv Nirmohi has been awarded with Padma Shri for his outstanding contribution in the field of Literature.

Dr Tsering Landol from Ladakh has been honoured with prestigious Padma Bushan Award for his services in the field of medicine.

Chewang Motup Goba from Ladakh received Padma Shri for his performance in the field of Trade and Industry, while, Javed Ahmed Tak, a specially-abled social worker from Kashmir, has been honoured for his outstanding contribution in the field of social work. Tak is providing free education, material aid and motivation to over 100 specially abled children of over 40 villages from Anantnag and Pulwama districts of Kashmir.