J&K: bikers to be challaned for not wearing helmets 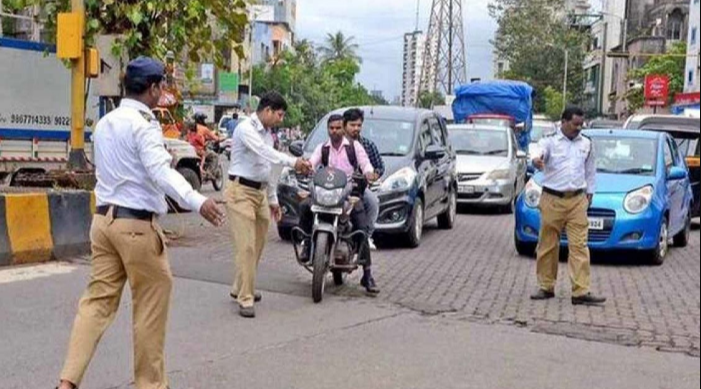 In view of increasing road accidents, the traffic police will conduct an awareness campaign in the month of February

After the withdrawal of Article 370, the rider sitting in the Union Territory of Jammu and Kashmir with a two-wheeler driver will also be required to wear a helmet. The Jammu and Kashmir Traffic Police is going to tighten this rule from March. Under the Motor Vehicle Act, every person riding a two-wheeler is required to wear a helmet, but in the state, at present, challans are done only if the driver does not wear the helmet.

In view of increasing road accidents, the traffic police will conduct an awareness campaign in the month of February. After this, under the new Motor Vehicle Act from March, the person sitting behind will not be invoiced for not wearing the helmet.
For your information, let us tell you that in a road accident, the driver of a two-wheeler and the people behind him are killed due to not wearing helmets. In most of the cases, the driver is saved at the time of the accident, but the person sitting behind gets absorbed in the cheeks of Kaal.

The GMC of two-wheeler accidents accounts for an average of 70 to 80 cases every month from different districts. In this, 7-8 people die every month while on the way to the hospital. Not wearing helmet everyday in Jammu city 40 to 45 invoices are deducted. In Jammu district, there are 120 to 125 challans of two-wheeler drivers. On average, 900 to 1000 challans are deducted throughout the state.