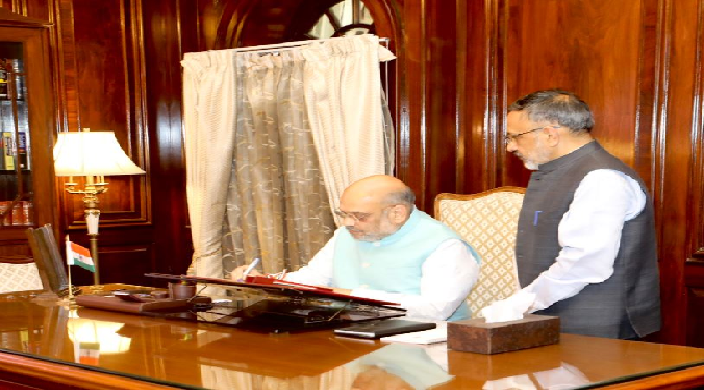 14 out of 36 Union Ministers, who visited J&K in Centre’s outreach programme, have submitted their assessment on implementation of the welfare schemes to the home ministry

All 36 central ministers who visited Jammu and Kashmir as part of the government’s outreach will submit feedback to the Prime Minister’s Office (PMO) on the implementation of various development initiatives in the Union Territory, officials said on Friday.

So far, 14 ministers have submitted their assessment on implementation of the welfare schemes to the home ministry, which will be forwarded to the Prime Minister’s Office for follow-up action.

The remaining ministers are expected to turn in their feedback soon, a home ministry functionary said. While the ministers had sent in their detailed reports earlier, PMO officials are said to have sought information to be recorded in a standard proforma, giving out precise details regarding penetration and impact of development and entitlement schemes.

The ministers had visited J&K earlier last month following a directive from PM Modi, who wanted an honest assessment of various welfare schemes being carried out in the newly-created UT. Among those who visited J&K included law minister Ravi Shankar Prasad, sports minister Kiren Rijiju, ministers of state for home G Kishan Reddy and Nityanand Rai, among others. The ministers only spoke about development initiatives and there was no reference to political issues, an official said.

While interacting with local people, the ministers got first-hand information about local roads, healthcare facilities, availability of LPG cylinders, power situation, the functioning of academic institutions besides other issues.

There will be two sets of feedback — one on the initiatives taken by the UT administration and the other about the central government initiatives, the official said. Most central ministers stayed overnight at the respective places that they visited in J&K like Baramulla, Ganderbal and Doda.