Darbar Move: All records to be digitised by next year 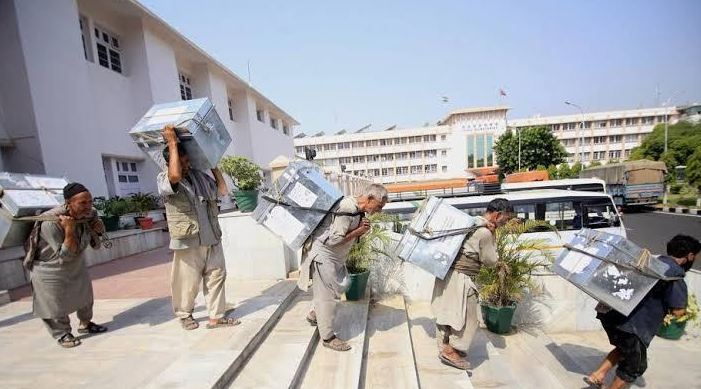 Come 2021, the archaic system of ferrying truckloads of files during the Darbar Move will permanently fade into history as all official records will be stored on the digital files for posterity.

The Jammu and Kashmir government has initiated a process for digitalization of official records at the civil secretariat in a bid to preserve all important documents and save transportation cost.

Every year, the Jammu and Kashmir government spends Rs 100 crore on the biannual Durbar move practice. Several crores of rupees are being utilised annually on ferrying official files, records and documents from Srinagar to Jammu and vice-versa.
“Around Rs 20 crore have been utilized on purchase of hardware and software for the civil secretariat. Crores of rupees are being spent every six months on shifting of files, which can easily be saved by digitalization,” said an official of the Science and Technology Department.

Departments have also appointed nodal officers for digitalization of files and records of the civil secretariat. These officers have been directed to prepare a list of files and other records which ought to be digitized.

Every year in October-November, the Darbar moves to Jammu from Srinagar and in April-May, it shifts to Srinagar. The records’ convoy and employees leave separately and are escorted by police teams.

The records comprise thousands of official files, documents and records, which will now be digitized.
“Shifting of files is not only costing crores to the exchequer but there are always chances of getting them misplaced, worn out or lost. Several confidential files also get misplaced while shifting them in trucks. There are also chances of stealing. Files of several departments were also gutted in fire,” the official said.

The 2014 devastating floods also damaged official records of several departments functioning in the civil secretariat at Srinagar. “We could not retrieve all these files,” an official of the General Administration Department said.

Started by Dogra ruler Maharaja Ranbir Singh in 1872, the Darbar move is a ritual of shifting the civil secretariat every six months from one capital city to the other. The main aim of the Durbar move was to escape the harsh winters of Kashmir and the scorching summer of Jammu.