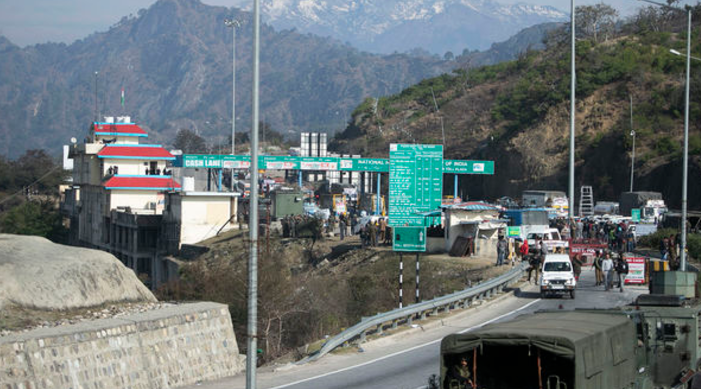 The project is meant to provide uninterrupted water for irrigation to farmers in Jammu and Kashmir's Kathua district and to produce power, Union Minister Jitendra Singh said

The central government has approved a nearly ₹6,000-crore multi-purpose project to provide uninterrupted water for irrigation to farmers in Jammu and Kashmir's Kathua district and to produce power, Union Minister Jitendra Singh said on Monday.

It was decided at a high-level meeting that the work for the Ujh multi-purpose project will start immediately and an appropriate mechanism will be developed to utilise the surplus water on the Indian side itself, he said in a statement.

For this purpose, the administration of the Union Territory of Jammu and Kashmir also offered to come forward with a suitable DPR.

Expressing satisfaction over the outcome of Monday's meeting, Singh appreciated the intervention by the Prime Minister's Office as well as the role of the Jal Shakti Ministry.

He said the Shahpur-Kandi project has already taken off and with the functioning of the Ujh multi-purpose project, the entire Kandi belt in Kathua and adjoining parts of Samba district will become fully irrigated, besides becoming irrigation and power surplus.

The current estimated cost of the project is ₹5,850 crore and its expected timeline of completion is over six years.
The project will store around 781 million cubic meters of water of river Ujh, a tributary of river Ravi.

After completion of the project, utilisation of waters of eastern rivers allotted to India as per the Indus Water Treaty would be enhanced by utilising the flow that presently goes across the border to Pakistan.

The first stage of the project has already been accepted by the Advisory Committee of the Jal Shakti Ministry and will now be presented to the Expenditure Finance Committee for firming up the funding arrangements.