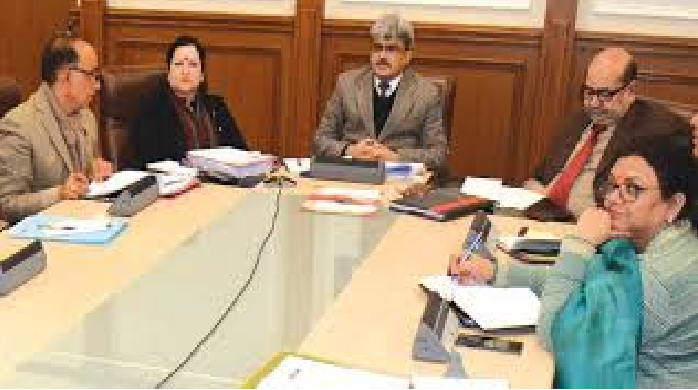 Health and Medical Education Department (H&ME) has accorded sanction for the constitution of prescription audit committees at the Government Health Institutions across the Union Territory of Jammu and Kashmir.


The prescription audit committee will be formed at the Government Medical College, district and sub-district levels.

The prescription committees would keep a check on the prescriptions given by the doctors in order to contain the reported unethical practices by some health care professionals. According to a government order, at the Government Medical College Level, the Medical Superintendent of the concerned hospital shall be the chairman of the committee, while the Assistant/Associated Professor Pharmacology along with the RMO/Sr.CMO shall be the members.

Similarly, at the District Hospital Level, the Medical Superintendent would act as the chairman and District Immunization Officer/DHO along with the Sr. Medical Officer, nominated by the Chief Medical Officer, shall be the members.

At the Block level, the BMO shall be the Chairman along with two Sr. MOs nominated by the Chief Medical Officer. The terms of references of the prescription audit committees have also been notified.

The HODs (Principals) of Government Medial Colleges, Director Health Services Jammu/Kashmir, Director, ISM, J&K shall nominate nodal officers in their respective institutions. The nodal officers so nominated shall at random collect photocopies of at least 1% (one percent) of the prescriptions on daily basis written by the Government Doctors in the OPDs. These prescriptions collected by the Nodal officers shall be scrutinized by the Prescription Audit committees to check whether the prescription are written legibly in Capital Letters with the name of the doctors, his/ her signatures and registration number, generic drugs are prescribed and preference given to the drugs which are available free in the Hospital supplies, unnecessary diagnostics test are not prescribed and patients are not referred to private clinics/ specialists without requirement and whether drugs are prescribed in contravention to the provision of Drug and Cosmetics Act and Regulations.

It shall be again ensured by the prescription audit committee that fortnightly reports are sent to the HODs. HODs shall prepare a comprehensive monthly report along with their recommendation highlighting the actionable points, which shall be submitted to Administrative Department.