Pakistan: A habitual offender of breaching ceasefire along LOC 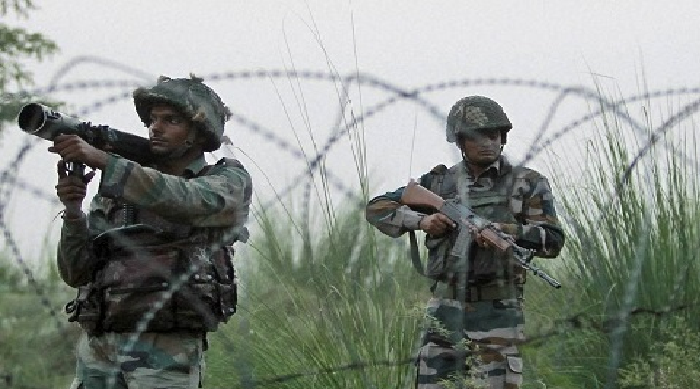 According to India’s Defence Ministry, there were 3,200 ceasefire violations by Pakistan during the year, compared to 1,629 such incidents in 2018

In January, Pakistan Prime Minister Imran Khan sought the presence of the United Nations along the Line of Control (LoC) in Jammu and Kashmir with India. He referred to an increase in the intensity and frequency of ceasefire violations by its neighbour.

On February 8, a Pakistani military statement accused India of an “unprovoked ceasefire violation” along the Line of Control (LoC).

These statements are a ploy to deflect the world’s attention from the repeated acts of ceasefire violations in Jammu and Kashmir by Pakistan itself over the past many years, the latest being in Poonch on February 9. India has, at most, responded with retaliatory fire to defend its positions.

Let us look at the figures for 2019. According to India’s Defence Ministry, there were 3,200 ceasefire violations by Pakistan during the year, compared to 1,629 such incidents in 2018. In other words, the frequency of such violations nearly doubled during the course of 2019.

The frequency of such acts by Pakistan increased in the months following the August 5, 2019 abrogation of Article 370 that did away with the special status granted to Jammu and Kashmir. There were 950 instances of ceasefire violation in August, September, and October. In a written reply to a question in the Rajya Sabha on December 2, 2029, Minister of State for Defence Shripad Naik said that all these incidents had been taken up with Pakistan through hotlines, flag meetings, and talks at the level of the Directorate General of Military Operations (DGMO).

Like in the past, these protests by India were simply ignored by Pakistan. It began 2020 with unprovoked firing using small arms and shelling with mortars along the Line of Control in Poonch on January 2. There were several more incidents later in the month.

The reasons for these repeated acts by the Pakistani armed forces are not difficult to comprehend. Despite Pakistan’s charge that India had unilaterally changed the status of Jammu and Kashmir, India has firmly maintained that this is an internal matter for the country. Pakistan’s attempts to raise the Jammu and Kashmir issue at different international forums, post-August 5, 2019, have fallen flat. It is now desperate to prove that the situation in the newly-carved out Union Territory is not normal.

Indian intelligence agencies have indicated that a large number of Pakistani terrorists are waiting to infiltrate into Jammu and Kashmir. They usually do so once the snow melts along the infiltration routes, and Pakistani forces breach the ceasefire to give cover fire to these terrorists.

Another factor to be noted is the timing for such acts from the Pakistani side. For instance, ceasefire violations in the month of January this year came before and after the Jammu and Kashmir visit of envoys from 15 countries, including the United States.

The ceasefire along the International Border, Line of Control, and the Actual Ground Position Line in Siachen was agreed upon by the Directors General of Military Operations (DGMOs) of India and Pakistan on November 25, 2003. The agreement held for the first decade or so, with only minor incidents of firing being reported along the Line of Control and the International Border.

This calm was shattered on January 8, 2013. A Pakistani Border Action Team (BAT) crossed the Loc and entered Rajouri district. Members of the team ambushed an Indian Army patrol and killed two Indian soldiers. One of the soldiers was brutally beheaded by the Pakistanis before they were forced to retreat. Things have not been the same since, with Pakistan moving from simple, sporadic firing to the use of mortar shells and rockets.

On January 15, 2018, the then Chief of Armed Staff General Bipin Rawat said that India was willing to go back to the 2003 situation with a complete ceasefire if there was a drop in Pakistani infiltration into Jammu and Kashmir.

Two years down the line, there is no end to infiltration attempts by the terrorists from that country. Ceasefire violations by Pakistan too show no signs of stopping anytime soon. On the contrary the frequency of such incidents may even increase, what with Pakistan consistently failing to get international support for its position on Kashmir.