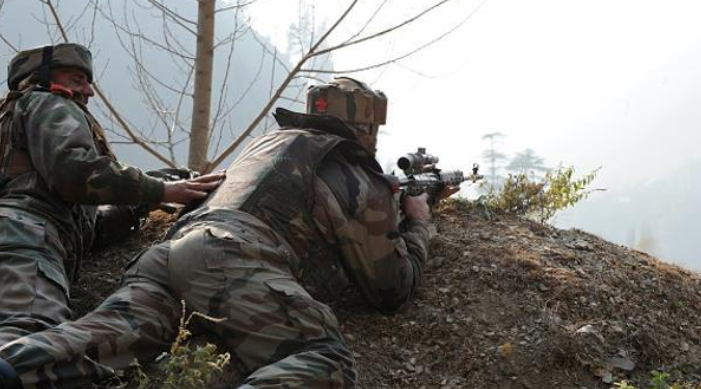 Pak army initiated the unprovoked ceasefire violations by intense firing of small arms and shelling with mortars in Balakot and Mendhar sectors around 12.50 pm

For the second successive day on Sunday, the Pakistan army violated the ceasefire along the along the Line of Control (LoC) in Balakot and Mendhar sectors of Poonch in Jammu and Kashmir, targeting forward defence locations.

The Indian army has retaliated. Sunday’s ceasefire violation came a day after an Indian soldier was killed and three others including a Major was injured in exchange of fire between Indian and Pakistan troops after the latter resorted to unprovoked shelling along Line of Control (LoC) in Degwar sector of Poonch district in Jammu and Kashmir on Saturday,

“Pak army initiated the unprovoked ceasefire violations by intense firing of small arms and shelling with mortars in Balakot and Mendhar sectors around 12.50 pm. The army posts are retaliating strongly and effectively to shelling and firing from Pakistan army”, said, PRO defence, Lt Col Devender Anand.

No one has been injured so far in the firing which has created panic among the people living in forward areas.
On February 9, Naik Rajeev Singh Shekhawat (36) was killed in the in Pakistani shelling in Degwar sector. He hailed from Luhakna Khurd village near Jaipur in Rajasthan. He is survived by his wife, Usha Shekhawat.

“Naik Rajeev Singh Shekhawat was a brave, highly motivated and sincere soldier. The Nation will always remain indebted to him for the supreme sacrifice and devotion to duty”, said PRO defence.