Second batch of foreign envoys to visit Kashmir this week 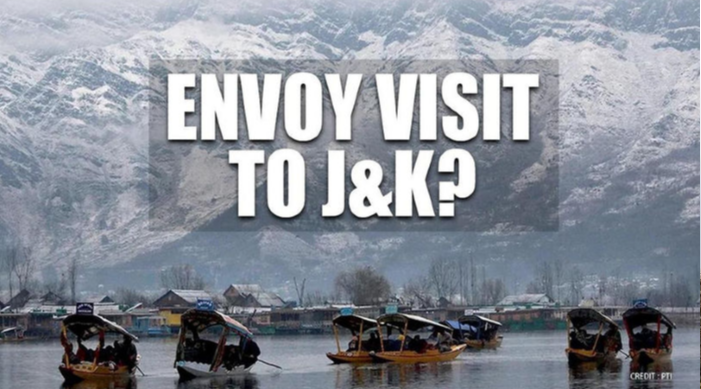 The Indian government will take a second set of foreign envoys to Kashmir this week, a month after the first group of foreign diplomats was taken to the region whose special status was revoked by New Delhi in August.

“Since the last visit of envoys to Jammu and Kashmir on 9-10 January 2020, we have received several requests from foreign ambassadors to visit the Union Territory of Jammu and Kashmir," a person familiar with the development said. “A group of envoys from different geographical regions, will be visiting Jammu and Kashmir this week. We will share further updates in due course."

The visit will take place ahead of a trip to Europe later this week by Indian foreign minister S Jaishankar who is expected to meet members of the European Parliament to explain the situation in the region where the Centre has imposed curbs on communication and movement and detained some political leaders.

The visit of the envoys also comes before prime minister Narendra Modi's trip to Brussels for the India-European Union summit on 13 March.

Last month, New Delhi had taken 15 foreign diplomats, including the US Ambassador to India Kenneth Juster, to Jammu and Kashmir. Ambassadors from EU countries had declined the government’s invite at the time expressing reservations.

According to a representative from a European country, ambassadors from EU countries had wanted to visit Kashmir and meet people of their choice rather than be allowed to meet groups chosen by the government. Given the security situation, it would not be practical to expect that the envoys be allowed “complete freedom to meet whoever we want," the European diplomat cited above said. “But within the limitations, we would like to meet people without restriction," the diplomat had said. The EU is concerned about the prolonged communication restrictions imposed in Kashmir in the wake of the scrapping of Article 370, and the continued detention of local political leaders.