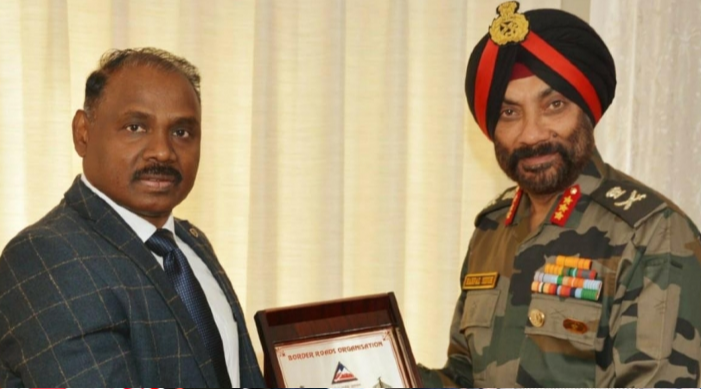 The Border Roads Organisation (BRO) on Monday carried out an important briefing with the Lt Governor of Jammu and Kashmir on the status of important projects.

BRO has two major projects in the Union Territory of Jammu and Kashmir namely Project Sampark in Jammu Region and Project Beacon in Kashmir added the BRO.

The discussion was on all issues like availability of construction materials for roads from quarries, expeditious processing of land acquisition and forest clearances were discussed. “He was apprised that DPR of Rajouri-Thanamandi -Surankot and four Packages of Akhnoor -Poonch have been approved. Uri-Poonch Project was also discussed,” added BRO.

BRO has been working on all the strategic roads including critical military infrastructure development like construction of major roads, bridges and tunnels.

Sources informed TNIE that, "land acquisition and sourcing of road construction materials have been main impediments in timely completion of work. There is pressure from the top and things are moving faster and fortnightly conferences with the local administration are taking place."

The district administration assists in acquiring land and distribution of compensation.