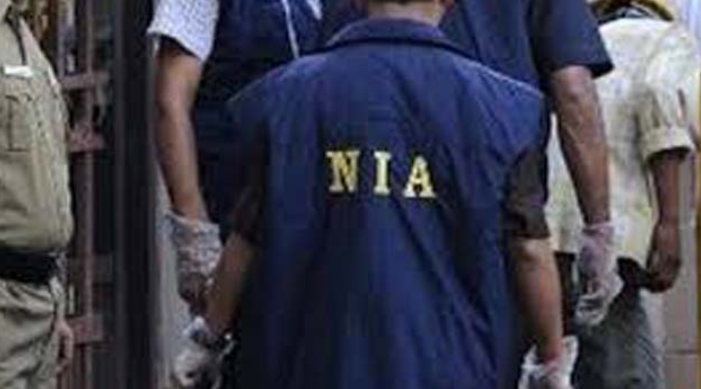 In a major success, Jammu Police with the help of their Kashmir counterparts today arrested three top militants of Jaish-e-Mohammed (JeM) outfit, who had transported three Pakistani militants from Hiranagar sector in Kathua district to South Kashmir nearly 50 days back in a truck, from Budgam and Pulwama while the Union Home Ministry has issued a formal order for handing over Ban Toll Plaza terror incident to the National Investigation Agency (NIA).

In another significant development, the NIA has summoned former Minister and prominent Congress leader Ghulam Mohammad Saroori, a three-time MLA from Inderwal Assembly segment in Kishtwar district, to its Jammu office at 11 am tomorrow for questioning in connection with the killings of BJP leader Anil Parihar and his brother Ajit Parihar on November 1, 2018. Saroori’s brother, Mohammad Shaffi was booked by Kishtwar police on October 1, 2019 for helping the militants and Over Ground Workers (OGWs) but wasn’t arrested.

A notice to Saroori has been issued by the NIA under Section 160 CrPC vide letter No. 36/2018/NIA/DLI/Misc/37 through the SSP Kishtwar.

Inspector-General of Police (IGP), Jammu Zone, Mukesh Singh told the Excelsior that police have arrested three Jaish-e-Mohammed militants from Budgam and Pulwama for transporting militants from Jammu to Kashmir.

“The militants have been taken on remand by Jammu Police for sustained questioning,” Singh said.

Sohaib happened to be brother of Jaish-e-Mohammed commander Zahid Tiger, who is operating in South Kashmir while Zahoor was cousin of Sameer Dar, the mastermind of transporting three militants from Dayala Chak to South Kashmir, who was arrested along with two others at Ban Toll Plaza on January 31 this year while all three Pakistani militants who were being shifted to the Valley were killed in an encounter with police and para-military personnel.

“All three militants arrested today from Budgam and Pulwama had transported another group of three militants from Dayala Chak in Hiranagar sector of Kathua district to South Kashmir about 50 days back. Revelations to this effect had been made by Sameer Dar of Kakapora, Pulwama, who happened to be brother of Adil Dar, the mastermind of February 14 Pulwama terror attack, during his interrogation,” sources said.

The Pakistani militants had also infiltrated through the International Border and were taken in a truck to South Kashmir via Dhar Road about 50 days back. The militants had remained struck in the truck on Jammu-Srinagar National Highway for six days due to blockade of the road. As there were large number of trucks and other vehicles stranded on Jammu-Srinagar National Highway then, the vehicles couldn’t be frisked for checking.

All three militants had stayed in the house of Sohaib Manzoor at Karimabad in Pulwama district after reaching South Kashmir and were then handed over to Zahid Tiger, a top commander of Jaish-e-Mohammed outfit in South Kashmir. One of the three Pakistani militants, Hyder Khan, has already been killed in an encounter with security forces while two others were still at large.

After the killing of three Pakistani militants at Ban Toll Plaza and arrest of three Kashmiri OGWs, who were taking the militants to South Kashmir from Dayala Chak after their infiltration from the International Border, Excelsior had exclusively reported that another group of three militants had managed to reach Kashmir after the intrusion some time back via Dhar Road.

In September 2018, Army, para-military and police personnel had gunned down three Pakistani militants at Jhajjar Kotli on Jammu-Srinagar National Highway and arrested two OGWs. These militants were also being transported in a truck to Kashmir after their infiltration from same Dayala Chak-Hiranagar International Border.

“All three militants arrested from Budgam and Pulwama have been shifted to Nagrota where police parties headed by SDPO Mohan Lal Sharma took them on 7-day remand for sustained questioning to ascertain their involvement in more militant activities including transportation of militants from Jammu to Kashmir or other places,” sources said.

Meanwhile, the Ministry of Home Affairs today issued formal order for handing over Ban terror incident to the NIA. Team of NIA was expected to take case diary and all details from Nagrota police, where a case has been registered in connection with the encounter, soon.