India to create One Lakh jobs in Kashmir through new investments 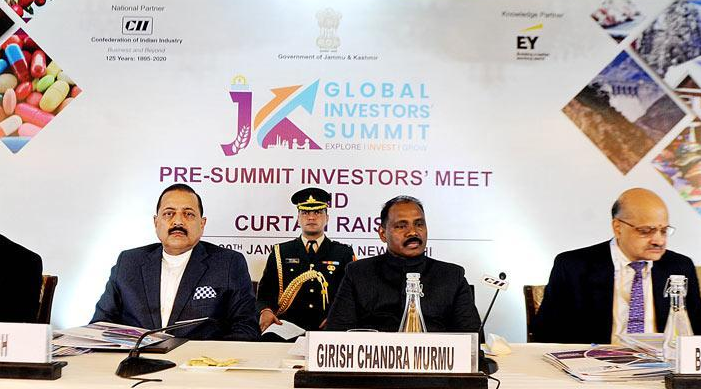 'The government is offering the land, along with tax breaks and insurance cover, to draw businesses there,' Manoj Kumar Dwivedi, the region's Commissioner Secretary in charge of trade and commerce said.

India plans to offer around 6,000 acres (2,400 hectares) of land in Kashmir as part of a business summit planned for April or May to help the Himalayan region after withdrawing its special rights and making sweeping administrative changes. Jammu and Kashmir was India's only Muslim-majority state until August, when the federal government split off a Buddhist-dominated enclave, and designated both as federally-administered territories. Now the government is offering the land, along with tax breaks and insurance cover, to draw businesses there, according to Manoj Kumar Dwivedi, the region's Commissioner Secretary in charge of industry and commerce.

Prime Minister Narendra Modi's government insisted that the reorganization in August was essential to spur development in Jammu and Kashmir, which is also claimed by Pakistan. The area is one of India's least industrialized regions, with per capita income of 62,145 rupees ($870) in 2016-2017, lower than the national average of 82,229 rupees but better than several other states.

More than 1,300 acres of the land offered is in the scenic Kashmir valley, the centre of a 30-year revolt against Indian rule in the territory, according to an investor presentation reviewed by Reuters. In some conflict-ridden areas, the government would consider providing security and higher insurance cover to comfort investors, Dwivedi said. "If we want somebody to come and do business here, taking care of the interest of the businessman is definitely our responsibility," Dwivedi said, adding that the government hoped to create 100,000 new jobs.