Medical officers to serve as in-charge consultants across J&K 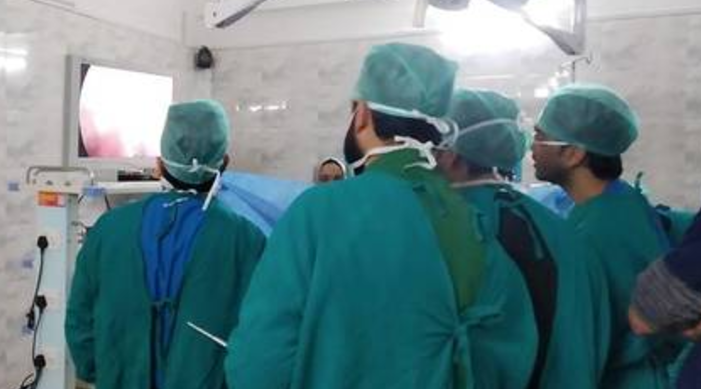 To strengthen the rural hospital, the Health and Medical Education Department Wednesday ordered placement of 81 Medical Officers (MOs) as in charge consultants for the peripheral hospitals across Jammu and Kashmir.

An order issued by the health department said that 81 MO’s have been placed as in-charge consultants for the peripheral hospitals across Jammu and Kashmir.

“Sanction is accorded to the placement of MO’s of J&K Health and Family Welfare Department as in charge consultants in their respective disciplines, for six months or till the vacancies are filled-up on regular basis on the recommendations of DPC/PDC,” the order said.

It said the temporary engagement shall not confer any preferential right upon these doctors for consideration of promotion as consultants, as and when, the same is filled upon regular basis under rules and shall be subjected to the outcome of right petitions, if any, pending consideration before the court (s) of competent jurisdiction.

The order said the incumbent shall join their new places of posting within 15 days failing which their placement is in charge consultant shall be deemed forfeited by them.

“All the doctors shall be deemed to have been relived except those who are undergoing studies in the medical colleges in Jammu and Kashmir and they shall join after completion of the courses,” it said.

An official in the health department said, there is a good chunk of doctors who have managed not to be promote and have preferred to remain posted as MOs in the GMC Srinagar associated hospitals, despite having specialisation.

Earlier this month, the Directorate of Health Services Kashmir had stated that the doctors attached with tertiary care hospitals would be detached at their actual places of postings.

The medics had been working in violation of the transfer policy and indulge in private practice. They have been found prescribing medicines of their choice to earn quick bucks.

Another official said the continuous stay in a hospital comes in violation of policy norms that a doctor has to be posted for a minimum tenure of two years and a maximum of three years.

Meanwhile, Doctors Association Kashmir (DAK) has welcomed the move saying that it would benefit the patients in the long run and would improve the morale of doctors.

President, DAK, Dr SuhailNaik that by such moves the doctors would feel energetic and would work with zeal and zest which would improve peripheral healthcare.