Dal Lake in Kashmir to be declared 'eco-sensitive zone' 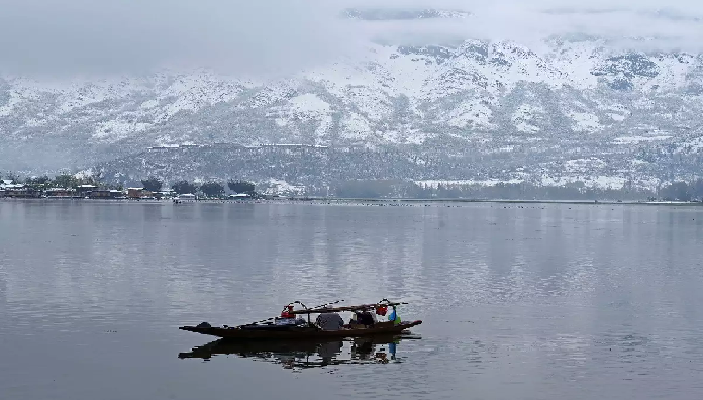 The Committee of Experts (CoE) on Dal and Nageen lakes will submit the final proposal to the Housing and Urban Development Department (HUDD) by 20th of February, a senior official said

The Dal Lake and its surrounding areas in Srinagar will soon be declared an eco-sensitive zone, officials said on Friday.

The famous lake has shrunk to less than half its original size with its capacity down to 40 per cent due to pollution and encroachment, they said.

“The Committee of Experts (CoE) on Dal and Nageen lakes shall submit the final proposal to the Housing and Urban Development Department (HUDD) by 20th of February,” a senior official said.

He said the recommendations of the committee will be sent to the Centre by February 29.
It is expected that the Dal Lake and its surrounding areas will be declared as eco-sensitive zone (ESZ) by the first week of March, the official said.

In November, the Jammu and Kashmir administration had set up a 10-member committee to declare the Dal Lake and its surrounding areas an eco-sensitive zone, following concerns over its shrinking size.

The Committee of Experts (CoE) on Wednesday reviewed and discussed the draft notification for declaring the lake and its surroundings as ESZ, the officials said.

Pollution and encroachment have resulted in the Dal Lake shrinking from its original area of 22 square kilometers to about 10 square kilometers, according to an assessment by the Dredging Corporation of India (DCI) in 2017. The DCI assessment also found that intense pollution by untreated sewage and solid wastes that flow into the lake, encroachments of water channels and clogging has diminished the circulation and inflows into the lake, leading to extensive growth of the weed water hyacinth which has emerged as a health hazard.

Further, it was found that the depth of the lake has reduced at many places due to siltation and encroachment, and that continuing night soil discharge from houseboats causes extreme pollution in the water body.
The officials said the J and K administration has sought the help of the Navy and other experts to tackle issues faced by the water body.