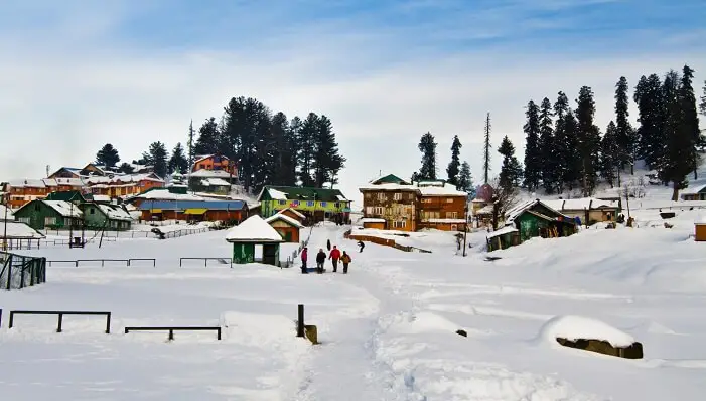 JKAUMA, under its flagship programme 'Drugs out, Sports in', has been organising seminars in different schools and colleges from last about one year across Kashmir valley to raise awareness about drug addiction and its ill effects. During the camp, which is supported by AS cements, JKAUMA is also hosting first winter Tong IL Moo Do seminar that is being held in the run up to the national championship that will be held in Srinagar in the month of July.

The seminar is being held under the supervision of Tong IL Moo Do Federation of India Secretary General Mohammad Arshad.About 120 players from central, north Kashmir and three other states, including Maharashtra and Delhi, were flagged off by ADC, Srinagar, Khursheed at around 1100 hrs from Gindun Stadium in Raj Bagh, Srinagar.Meanwhile, about 50 students from south Kashmir were flagged off in Anantnag for the tourist destination, which is under several feet of snow.

''I'm really happy that such events are being organised by our youth. It is a good measure and the 'Drugs out, Sports In' initiative launched by JKAUMA is the way forward to fight the addiction of drugs,'' Mr Khursheed said after flagging of the players for the camp.

''The idea behind organising winter and summer camps is to give an opportunity to young players to experience the joy of camping, which has been lost due to the current situation. As it is a national camp, it also given an opportunity to our players to interact with youth from other parts of the country,'' Umar Gassi, the organiser of the event said.Mr Gassi said during the camp, the association not only imparts martial arts training to the participants, but also hold seminars and interactive sessions to raise awareness about ill effects of drug addiction.

''Promoting healthy living through martial arts and raise awareness about ill effects of drugs and its impact on the families of the victims is the prime focus during the camp,'' he added.He said that this camp is special as a Tong IL Moo Do seminar is also being held during which senior players will be trained so that they can qualify examination and perform duty of referees in the upcoming national event which will be hosted in Srinagar. ''About 18 states, besides J&K, are expected to participate in the national tournament,'' he added.