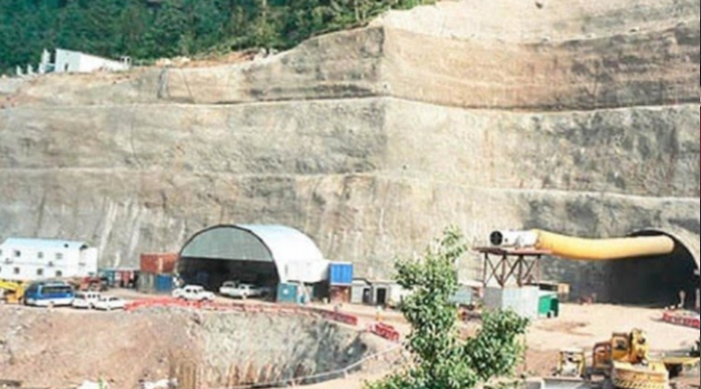 Prime Minister Narendra Modi had laid the foundation stone for the Rs 6,800-crore project in May 2018

The strategic Zojila tunnel for all-year connectivity between Leh and Srinagar may undergo some design changes to prevent cost escalation as the government plans to complete the project at the earlier estimated cost of about Rs 6,800 crore, Union Minister of Road Transport and Highways Nitin Gadkari has said.

The tunnel project, stalled for about six years, holds strategic significance as Zojila Pass is situated at an altitude of 11,578 feet on the Srinagar-Kargil-Leh National highway and remains closed during winters due to heavy snowfall, cutting off Ladakh region from Kashmir.

“We are planning to make some design changes that may include doing away with escape tunnel and instead (have) alternative tunnels to cross from one side to the other as it will be my endeavour to prevent cost escalation and build it at the previous estimated cost of Rs 6,800 crore,” Road Transport and Highways Minister Gadkari told PTI.

Though the revised project cost estimate of a little over Rs 8,000 crore has been sent to the Cabinet, “we are deliberating on minor design changes to prevent cost escalation,” the minister said.

“Besides the escape tunnel, we can do away with vertical shafts not compromising with safety,” he said, adding that rebidding for the project was expected in a month or two.

Prime Minister Narendra Modi had in May 2018 laid the foundation stone for the Rs 6,800 crore project, billed as the Asia’s longest bi-directional tunnel, in Jammu and Kashmir.

However, barely months after the foundation, the National Highways and Infrastructure Development Corporation Ltd (NHIDCL) on January 15, 2019 terminated the contract awarded to troubled IL&FS group company IL&FS Transportation after it abandoned the project citing financial problems.

“The project which was earlier constructed on hybrid annuity mode will now be converted into EPC (engineering, procurement and construction) mode,” Gadkari said.

The cancellation of the award in January last year was the second time NHIDCL had scrapped the contract for the 14.15-km tunnel project which would cut down the 3.5-hour long drive through the mountainous Zojila Pass to just 15 minutes.
The corporation had earlier cancelled the bid of IRB Infrastructure. IL&FS Transportation in 2017 emerged as the lowest bidder in the rebidding process.

Unveiling a plaque for commencement of work for the tunnel, Modi had said, “Zojila tunnel is not a mere tunnel but a modern day marvel.”

The Cabinet on January 3, 2018 had approved the Zojila tunnel project with Parallel Escape (Egress) tunnel between Baltal and Minamarg on the Srinagar-Leh section of NH-1A at a total cost of Rs 6,800 crore.

The project was expected to be completed in seven years.

On March 1, 2016, the Ministry of Road Transport and Highways had ordered “re-bidding” for the project, which had been awarded to IRB Infrastructure.

The decision was taken at a high-level meeting, chaired by Gadkari, after Congress leader Digvijay Singh had alleged that guidelines were violated while awarding the contract.