A new version of Jammu & Kashmir set to emerge 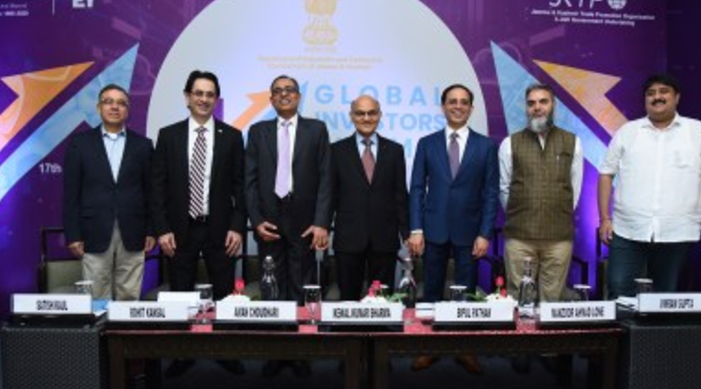 Seeking investments in Jammu and Kashmir, the government flagged off grand pan-India roadshows, starting with Bengaluru and Kolkata on February 17

The Jammu and Kashmir administration on Monday said a new version of "J&K 2.0" was all set to emerge as the Union territory was now "at par" with the rest of the country.

Seeking investments in Jammu and Kashmir, the government flagged off grand pan-India roadshows, starting with Bengaluru and Kolkata.

The roadshows are aimed at allowing prospective investors have a dialogue on the investment opportunities in the region.
Providing a platform for the business communities to deliberate upon how the newly-formed Union territory''s potential may be leveraged, the roadshows will cover cities like Mumbai, Hyderabad, Chennai, Ahmedabad in February and March.

They intend to get along business hubs to draw together investors, decision-makers, senior government officials and the local business community in a dialogue that can spur the region''s industrial growth and manufacturing across 14 identified focus sectors.

Speaking on the occasion, Kewal Kumar Sharma, adviser to the lieutenant governor, emphasised that a "new version of J&K -- J&K 2.0 is all set to emerge as the UT is now at par with rest of India."

Every district of Jammu and Kashmir has a distinct heritage, culture and history, and huge untapped potential, Sharma said.
Rohit Kansal, principal secretary, Planning Development and Monitoring Department, highlighted 14 sectors, including tourism, education, healthcare and infrastructure, which present the opportunities for potential investors.

With an aim to make Jammu and Kashmir an industrial hub, more than 48 investible projects and new 14 focus sectors have been identified, which are investor-friendly and easy to business, Kansal said.

"Six thousand plus acres of industrial and sector-specific land bank has been identified to attract large, mega and small industries to create more employment opportunities in the newly-formed UT.

"We are coming up with two IT parks with plug and play facility, and are also in process of finalising our new industrial promotion policy," said Bipul Pathak, principal secretary, IT, J&K.

The Union Territory of J&K is one of the best destinations in the country for setting up residential schools, smart schools, skill centres, according to Hirdesh Kumar, commissioner secretary, school education.

"We are confident that such steps coupled with the Centre and UT administration''s efforts to restore normalcy in J&K will soon create an environment for attracting industry to the UT," said Sandipan Chakravortty, former chairman, CII, eastern region.