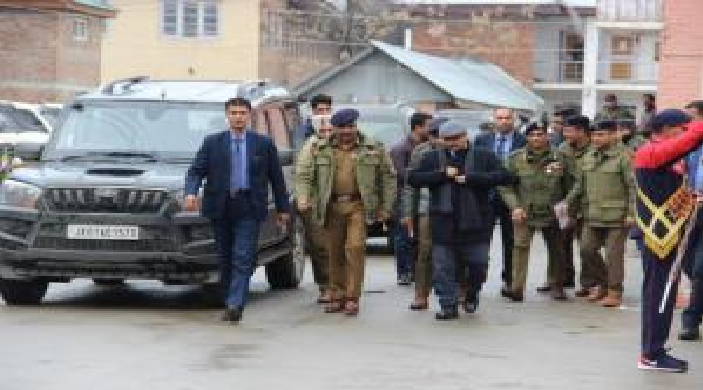 Bhatnagar reiterated the vital importance of maintaining a close watch on the inimical elements and stressed on the need to maintain real-time coordination between the different security agencies.

He also appreciated the J&K Police and other forces in maintaining peace and stability in south Kashmir. The advisor asked the officers to enhance their investigation skills on modern lines and also laid stress on the preventive measures to minimise crime rate.

The DGP, while addressing the meeting, complimented the police personnel, security forces and intelligence agencies for achieving the highest degree of synergy and coordination and efficiently handling the internal security situation in south Kashmir.

He said there is a need to be more vigilant and cautious in view of the possibility of terrorists attempting to disrupt the existing peace in J&K.Singh said that continuous attempts are being made by elements across the border to create trouble here.