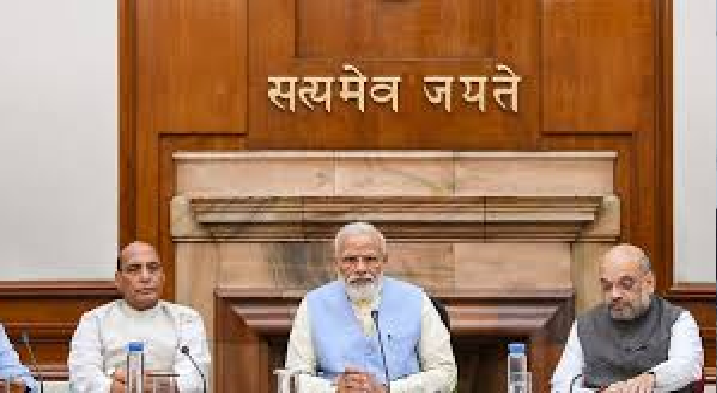 A second batch of about 40 Union ministers is likely to visit Jammu and Kashmir in April to get first-hand information about various development schemes initiated there by both the central government and the Union Territory administration, officials said on Thursday.

The Prime Minister's Office (PMO) will decide the composition of the ministerial delegation that will undertake the follow up of the first visit of 37 Union ministers, who had toured Jammu and Kashmir last month.

"A second batch of about 40 Union ministers may undertake a visit to Jammu and Kashmir. Dates and composition of the team have not been fixed yet but it will be done soon after the Budget session of Parliament," a government official said.

After the recess, the second part of the budget session will begin on March 2 and it will end on April 3. The PMO will finalise the list of the ministers and each minister will be assigned a particular district and focus will be on the Kashmir Valley, the official said.

Some of the ministers of the first batch may also be part of the second batch, he said. The ministers will assess the development initiatives undertaken by the central government as well as the UT administration on the ground and they will not talk about political issues, the official said.

By interacting with the locals, they will try to get first-hand information about the roads, healthcare facilities, power situation, functioning of academic institutions etc. in the UT, he added.

As many as 37 central ministers had visited Jammu and Kashmir last month following a directive of Prime Minister Narendra Modi, who wanted an honest assessment of the various welfare schemes being implemented there.
Among those who had visited Jammu and Kashmir were Law Minister Ravi Shankar Prasad, Sports Minister Kiren Rijiju, ministers of state for home G Kishan Reddy and Nityanand Rai. The Union ministers have already submitted their feedback to the PMO on the implementation of various development schemes there.

There were two sets of feedback -- one on the initiatives taken by the UT administration and the other on the Centre's initiatives -- another official said. Most of the central ministers stayed overnight at their respective places of visit such as Baramulla, Ganderbal, Doda, besides others.

Since then, the Centre has been closely monitoring the on the ground implementation of various development programmes there. Jammu and Kashmir is currently under the President's rule.