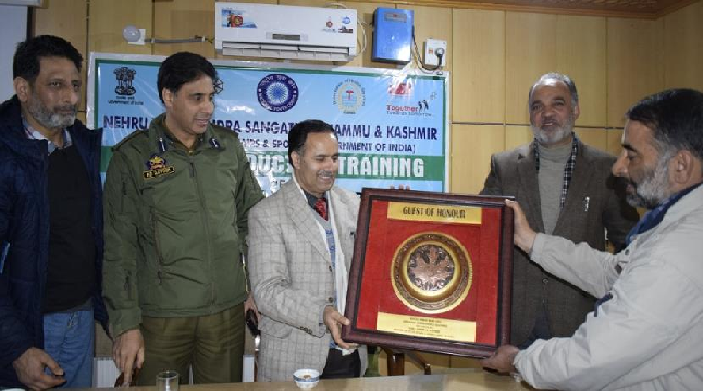 The event witnessed massive participation of volunteers from central and south Kashmir.

The training program was conducted to familiarize youth about various flagship schemes and programs and to inculcate the sense of responsibility and commitment in them.

The training programme was organized by Nehru Yuva Kendra Sangathan, Jammu and Kashmir, Ministry of Youth Affairs and Sports (Government of India).

On the concluding function, the DC complimented the participants and said that the program will have positive impact on their attitude. He asked them to work towards the betterment of society.

DC further said that youth engagement programs are the top priority of the government and enlisted various initiatives in this regard. He emphasized them to act as ambassadors in disseminating various flagship and welfare programs of the government in their respective areas.