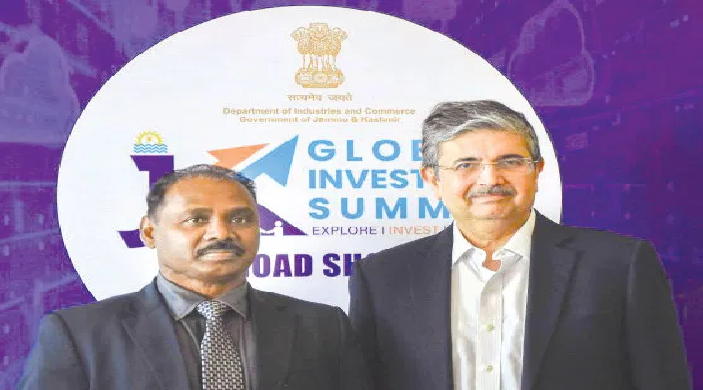 The newly-formed union territory of Jammu and Kashmir on Friday inked Memorandums of Understanding (MoUs) worth over Rs 2,100 crore during its investment summit roadshow in the city.

"We want to maximise industrial growth and employment opportunities in Jammu and Kashmir. For this we are engaging in six city roadshows. Of this, we have already successfully concluded in Bengaluru, Kolkata and Mumbai," Jammu and Kashmir Principal Secretary Planning, Development and Monitoring Rohit Kansal told reporters here at an investor roadshow organised by CII.

"The roadshows will further cover cities like Hyderabad, Chennai, Ahmedabad in February and March," he said.
Led by Lieutenant Governor Girish Chandra Murmu, the officials pitched about the business possibilities in Kashmir valley to India Inc.

Kansal said the union territory has signed around Rs 2,000 crore worth of non-binding MoUs in Kolkata, Rs 850 crore in Bengaluru and over Rs 2,100 crore in Mumbai.

Kewal Kumar Sharma, Advisor to Lieutenant Governor of Jammu and Kashmir said, "We are in the final stages of designing an ambitious Industrial Promotion Policy 2020 in J&K, which will have elements like SGST reimbursement in full, attractive land policy, exemption from stamp duty, support for green industrialisation along with other benefits."

When asked about the ground situation in the union territory, he said it is much better than what it was a few months back.
"We're talking about investments in the long term. You're not talking about today, given today's situation (is) much better than what it was, let's say, a few months back. So things are improving, I don't see this becoming a problem for any investment," he added.

The Centre had in August revoked Article 370 to take away J&K's special status.
Sharma said J&K provides opportunities for Bollywood with religious and heritage sites, dense forests and waterfalls, among others.