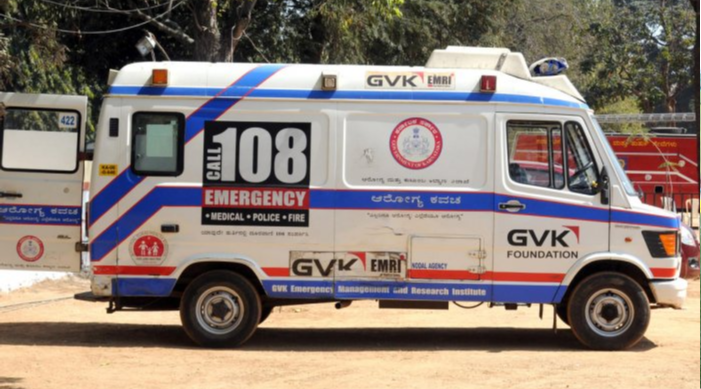 The Health and Medical Education Department is all set to start the much-awaited Global Positioning System (GPS) fitted ambulances in Jammu and Kashmir from next month, officials said Monday.

Financial Commissioner for Health and Medical Education, Atal Dulloo said the service is in final touch saying initially, a total of 316 ambulances would be started in March.

“There are 116 critical care ambulances. In addition, there are 300 normal ambulances meant for transportation of patients. The service would be started next month,” he said.

The emergency medical services across Kashmir hospitals have been hit as the valley is facing a shortage of critical care ambulances (CCAs) due to which patients lose golden hours before reaching hospitals for treatment.

The critical ambulance project was proposed way back in 2010.
Bhupinder Kumar, Mission Director NHM, said the preparations for the ambulance services are in the final stages.

“The service shall be a boon for the general public and will be a game-changer in the delivery of public health care services to the patients and the community at their doorsteps,” he said.

As per officials the ambulances equipped with GPS trackers would be connected to a control room set up in Jammu. An ambulance nearest from a base station or en-route will be tracked and alerted to pick up the patient.

He said the health department has set up base location across J&K at identified places including district and sub-district hospitals, CHCs and some selected PHCs.

As per figures available at Directorate of Health Service Kashmir (DHSK), for ten districts in the valley, there are only 12 critical care ambulances of which three had been given by an NGO three years ago.

At present, there are 540 ambulances deployed across different health institutions in the valley but these lack basic life support equipment such as oxygen, emergency drugs and trained paramedics.

Despite JK being prone to road accidents and natural calamities, the procurement of well-equipped BLS ambulances has faced neglect over the years.