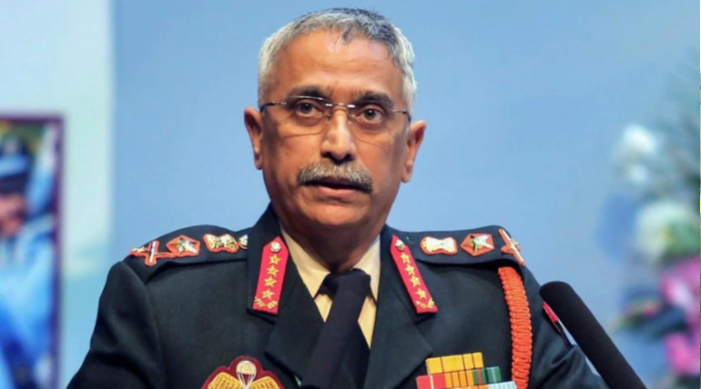 The Army chief General MM Naravane is likely to arrive in Kashmir on Tuesday, where he will review the counter-insurgency operations.

He will take stock of the security situation in the hinterland and will also review the situation along the Line of Control, which has been kept active with unprovoked ceasefire violations by Pakistan for past one month.

The chief will be briefed by the senior military commanders on counter-terrorist operations in the valley, even as he is expected to will visit the Indian Army positions on the LoC.

“General MM Naravane will reach Tuesday morning in Srinagar and will be briefed on the prevailing security situation in Valley by senior officials in a meeting at the Badami Bagh cantonment,” top officials informed.

The second visit of Army chief to the region in past one week comes when Pakistan has increased ceasefire violations along the LoC to facilitate the terrorists to infiltrate into Indian Territory.

The chief had last week visited Nagrota and had reviewed security situation along the LoC.

“General Naravane will be briefed by the top military commanders about the obtaining situation and Pakistan’s attempts to help terrorists infiltrate into India through the Line of Control (LoC),” Army sources informed.

It may be mentioned here that Pakistan has been targeting forward posts and civilians areas along the LoC in Poonch district and Kupwara district from past three weeks. Pakistan has continued its nefarious designs from the last year and has so far carried out more than 497 unprovoked ceasefire violations in 2020.