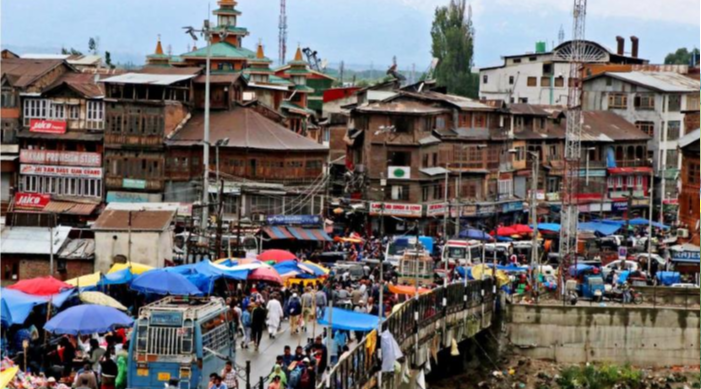 In a first, the entire local leaders, both separatists and the regional mainstream parties, completely refrained from issuing any statements during the US President's visit unlike in the past

In an unprecedented positive development in the Kashmir Valley, for the first time during the visit to India by a serving President of the United States (US), the Valley witnessed zero instances of shutdowns or any anti-India statements being issued by Hurriyat or the leaders of the separatist and regional political parties, US President Donald Trump''s two-day visit to India has not evoked any shutdown or boycott call from the separatist groups in Kashmir.

In a first, the entire local leaders, both separatists and the regional mainstream parties, completely refrained from issuing any statements during the US President''s visit that began on Monday, unlike in the past when strike calls were issued during Bill Clinton''s visit to India in March 2000 and Barack Obama''s visit in November 2010.

The shops, banks and business establishments remained open across the valley without any disruption.

The arrival of Trump coincided with the opening of the schools in the valley after six months. The students in uniforms turned up in schools in large numbers for the first time after the abrogation of Article 370 on August 5.

None of the Hurriyat Conference factions called for a shutdown nor any mainstream party issued any press statements. However, Iltija Mufti, daughter of former chief minister Mehbooba Mufti, who operates her mother''s twitter account took to Twitter to hit out at the Modi government.

But, with militant threat looming large the security forces have left nothing to chance.

An alert has been sounded in entire Kashmir to ensure that the two-day visit of President Trump in India passes off peacefully. The security forces have intensified their vigil in the valley to block any possible terror attacks.

Jammu and Kashmir DGP Dilbagh Singh said in a press conference that they are hopeful that President Donald Trump''s visit to India will pass off peacefully.

"There are some apprehensions, like always, militants are still present in good numbers, we hope visit passes off peacefully, we have security arrangements in place," Singh said.

Security has been beefed up at many places across Kashmir and additional forces have been deployed. Mobile check points have been established in some areas while surveillance and area domination exercises have been intensified.

In March 2000, 35 sikhs were killed by terrorists in Anantnag districts Chatisinghpora during the visit of former US president Bill Clinton to India.

Kashmir saw a long spell of restrictions and lockdown after the revocation of Article 370. Life slowly returned to normalcy with shops and businesses opening briefly in mornings and evenings for some time before they are fully opening now.