Indian Army to implement new strategy for Jammu and Kashmir 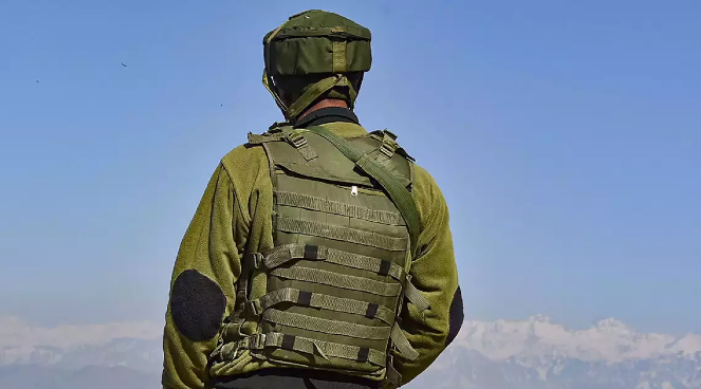 The Indian Army has formulated and will begin implementing its ‘summer strategy’ for Jammu and Kashmir that entails a modified re-deployment of troops along the Line of Control (LoC) for foiling infiltration of terrorists and to dominate it, as the passes leading into India will begin opening with the melting of snow in the coming months. The strategy has been made in view of current and emerging security threats such as the regular ceasefire violations by the Pakistan Army along the LoC and the infiltration attempts that are expected to happen once the snow melts down.

The summer strategy also involves re-occupying some in-depth ‘winter vacated’ posts along the LoC that either cannot be occupied or are not air-maintainable due to the snow. However, even during winters the LoC remains well secured and there are no gaps.

The summer could also witness a modification in the counter-infiltration grid in the hinterland based on threats. Currently, as the infiltration routes along the LoC are blocked with snow, terrorists are focusing on entering India through the International Border (IB) with Pakistan, where there is no snow, officials explained based on the present scenario in J&K.

The Border Security Force (BSF) is deployed along the IB, while the army has been placed along the LoC. Last month, three terrorists are suspected to have infiltrated through the IB before they were killed in an operation carried out by the security forces in Nagrota.

A year after the Pulwama terrorist attack and the Balakot airstrikes in February 2019, Infiltration attempts along the LoC is one of the main violence parameters in J&K. Officials said there were 227 infiltration attempts in 2019, out of which 128 terrorists are likely to have successfully infiltrated. Those who infiltrated, would beef up the terrorist ranks in J&K. Around 109 locals were recruited by terrorists last year. So, in addition to the 128, the terrorists’ ranks would have swelled up to around 250. This is despite the 18 terrorists killed in operations carried out by security forces in January. No terrorists were killed in December. Incidents involving terrorists have also seen a decline last year when there 170 of them as compared to 328 in 2018. There was only one such incident in December and around seven in January. On the other hand, in January 2019, there were 22 such incidents.

Another important violence parameter is a major jump in ceasefire violations by Pakistan along the LoC upto January from last year.

There were 362 and 367 violations in December last year and this January. These figures are higher as compared to corresponding months of December, 2018 and January 2019 that witnessed 175 and 203 violations. During these months snowfall blocks all passes along the LoC, preventing infiltration of terrorists. Therefore, ceasefire violations increase during this time, as part of Pakistan’s continued effort to keep the Kashmir issue boiling. Importantly, there were 3,156 ceasefire violations last year, as compared to 1,629 and 860 in 2018 and 2017.

A major reason is the abrogation of Article 370 on August 5. There were 950 violations from August to October, 2019, according to data shared in the Parliament.“The army has formulated a summer strategy which involves modifying the deployment along the LoC to counter infiltration. This is due to the infiltration routes that will be open after the snow melts in the summer. The strategy is also for dominating the LoC,” an official explained.