Cabinet approves 37 Central Acts to apply in Jammu and Kashmir 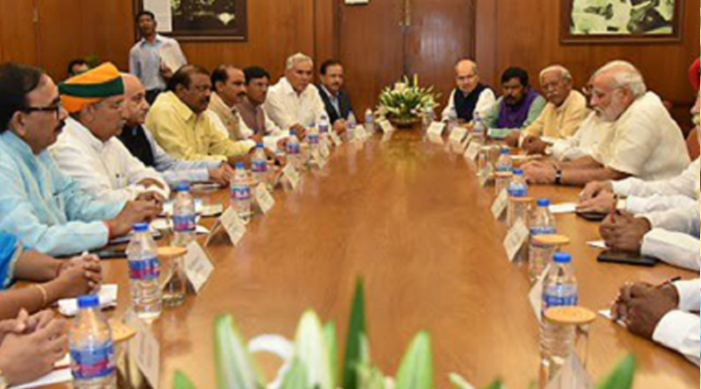 A total of 37 Central laws will now be applicable to the Union Territory of Jammu and Kashmir with the Union Cabinet on Wednesday giving its approval for issuance of the order for this purpose.

The decision is an effort to ensure administrative effectiveness and smooth transition in Jammu and Kashmir and removing any ambiguity, in line with the Constitution, Union Minister Prakash Javadekar said.

The adaptation of these Central laws will be under Section 96 of the Jammu and Kashmir Reorganisation Act, 2019, which bifurcated Jammu and Kashmir into two Union Territories -- Jammu and Kashmir with an Assembly and Ladakh without one -- and got President Ram Nath Kovind's assent on August 9, 2019, just four days after the Parliament passed it.

After the act came into force, Jammu and Kashmir was divided into the two Union Territories on October 31, 2019.
The Union Cabinet, chaired by Prime Minister Narendra Modi, approved the issuance of the order, Javadekar said at a media briefing.

The Minister said that it is necessary to adapt the Central laws made under the concurrent list, with required modifications and amendments. As per Section 96, the Central government has powers to make adaptations and modifications of the laws, whether by way of repeal or amendment, as may be necessary or expedient for the purpose of facilitating the application of any law made before the appointed date till the expiration of one year from the appointed date in relation to the successor Union Territories.