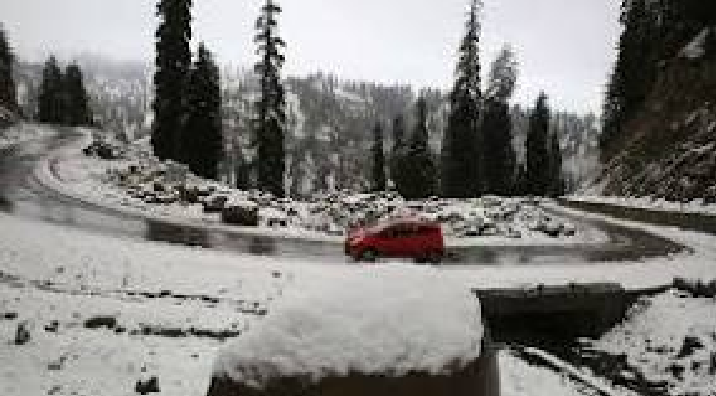 Currently, the 84-kilometre-long Mughal Road, which was opened in 2009, indirectly connects the Srinagar-Jammu national highway via Poonch and Rajouri

The picturesque Mughal Road,which passes through the pine and kail forests of Shopian, Poonch and Rajouri districts in the newly formed Union Territory of Jammu and Kashmir, is being developed as an alternate all-weather route to the Srinagar-Jammu national highway, which often remains closed during winter due to landslides.

Currently, the 84-kilometre-long Mughal Road, which was opened in 2009, indirectly connects the Srinagar-Jammu national highway via Poonch and Rajouri .

A 10-kilometre-long underground tunnel needs to be constructed to turn the Mughal Road into an all-weather route. However, the completion of the tunnel -- to be constructed between Lal Ghulam and Chattapani, which lies on the other side of Pir Ke Gali, the highest point on the route and located at an altitude of over 3,485 metres - could take over five years, said a senior engineer working on the project on condition of anonymity.

National Highways Infrastructure Development Corporation (NHIDC), which has been entrusted with the task of compiling a detailed project report (DPR), has roped in a private company as a partner for the exercise. "We hope to submit the DPR to the government within six months," said R K Mishra, general manager, NHIDC. "Tender bids will be invited once the government approves the DPR. The tunnel is likely to reduce the distance between Srinagar and Jammu by over 30 kilometres. It will bypass the toughest part of the stretch, which receives over seven feet of snow, especially at Pir Ki Gali, during peak winter," said D K Kaith, executive engineer, Mughal Road project.

The road was built by Mughal emperor, Jehangir, and several ancient historical monuments of the medieval era dot the stretch, where revellers make a beeline during peak tourist season.

The stretch passes through Hirpora Wildlife Sanctuary in Shopian --- home to Markhour, the endangered Himalayan goat, and several species of birds -- and largely remains operational between May and December. "Once the Mughal Road becomes an all-weather route, the income of apple growers in Shopian district, which exports over 2.5 crore apple boxes annually, is likely to double," said the senior engineer.