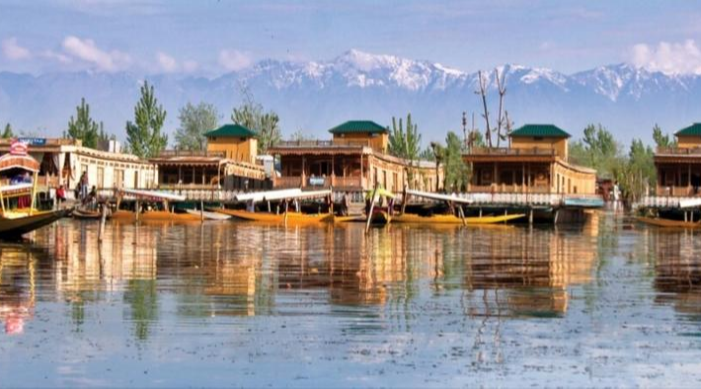 With the Defence Research and Development Organisation (DRDO) having successfully tested its prototype biodigesters on houseboats in the Dal Lake in Srinagar to reduce pollution, the authorities in Kashmir have decided to install biodigesters in the houseboats on a pilot basis.

In this regard, the Lakes and Waterways Development Authority (LAWDA), which looks after the upkeep of the Dal Lake, is in the process of finalising the tenders for procuring the biodigesters.

In addition to developing the prototypes to treat the sewage from the houseboats, the DRDO is also in the process of carrying out further research to find a solution for treating grey water and kitchen waste released from the houseboats moored in the Dal.

The pollution from the houseboats is estimated to be one-tenth of what comes from the peripheral habitation and the sewage treatment plants and needs to be tackled to save the lake.

The installation of biodigesters on houseboats to prevent and treat the human waste from the houseboats has been approved by the Committee of Experts under the chairmanship of E Sreedharan, popularly known as the ‘Metro Man’, which was appointed by the Jammu and Kashmir High Court to suggest measures for the restoration, maintenance and preservation of the lake.

“The Committee of Experts could rope in the DRDO in finding a solution to the problem of sewage treatment from the houseboats. It was only on the request of the committee members that the DRDO agreed to engage itself in the Dal cleaning experience which would otherwise not have been possible. The prototype of the floating biodigester was tested on the Dal at no cost to the J&K Government,” read a fresh report by the Committee of Experts accessed by The Tribune.

The meeting of the Committee of Experts on January 8 decided to float the tenders for procuring 100 biodigesters as a “pilot project”.

Accordingly, LAWDA was asked to finalise the installation of biodigesters for treating sewage from the houseboats within a stipulated time.

Besides, it has also been decided to set up “cluster biodigester at Gupt Ganga”, which was to be finalised by the vice-chairman of LAWDA expeditiously, the report reveals.

It has also been decided that 100 biodigesters will be set up in the Telbal area as a pilot project, which is the area from where the sewage flows directly into the Dal Lake.

With the growing pollution in the Dal Lake becoming a major concern, the expert committee in October 2018 had approached the DRDO for a technological solution to prevent the discharge of human waste in the lake. Subsequently, four prototypes of the biodigester were evaluated by the DRDO in houseboats in Dal over a period of six months and the technology developed has been certified by an independent laboratory.

Based on the special request made by the members of Committee of Experts, the DRDO is in the process of carrying out further research to find a solution for treating grey water and kitchen waste released from the houseboats. A composite biodigester, which takes care of the sewage, grey water and kitchen waste, will be the best and most workable solution for the houseboats.