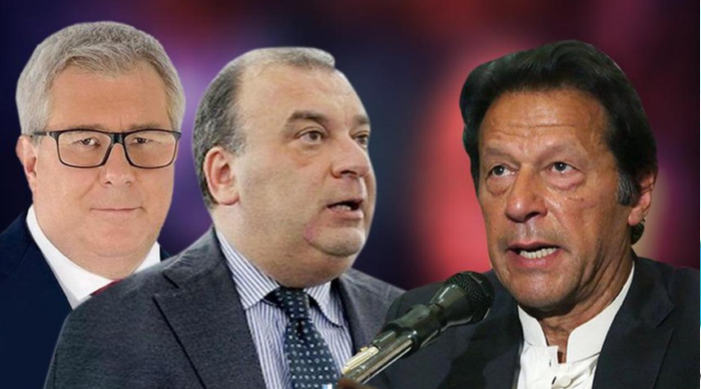 Activists and journalists from J&K and Pakistan occupied Kashmir (PoK), along with European Parliamentarians and foreign experts hailed the Indian government's decision to abrogate Article 370 of the Constitution

Pro-India sentiments echoed in a discussion that took place at an event titled 'Jammu and Kashmir: Sifting facts from fiction' held at Geneva Press Club on the sidelines of the ongoing 43rd session of the United Nations Human Rights Council (UNHRC).

The discussion also focused on Pakistan's interference in Jammu and Kashmir amid its deteriorating human rights record. Nathan Gill, Former Member of European Parliament praised the Indian government's decision to abrogate Article 370, saying that it was appropriate to fight against terrorism in the region and give equal treatment to the people in Kashmir.

"The Union Territory has seen a new dawn and people here have seen themselves as equal citizens in India", said Gill while speaking at the event. "The way you fight against terrorism is for the people to say, 'enough is enough', and to turn against it. The abrogation of Article 370 will eventually lead to the people of Pakistan occupied Kashmir demanding more and more for their rights and for them to be reintegrated for the rest of the Indian community," he said.

Syed Tehmeena, a woman activist from Kashmir valley said at the event that the women in the region will enjoy better rights after the abrogation of Article 370. She said, "A Kashmiri girl who will marry outside Kashmir will now not lose her property rights. A Kashmiri woman who married outside Kashmir in the past, she and her children were not having the right to own a property in Kashmir. Now they can buy a land and house, which is her right".

Tehmeena added that Pakistan has no right to interfere in the Kashmir issue, rather it should work to improve its own legislation and government system. "Pakistan has worked to improve its film industry and theatres, whereas our theatres were forced to close by carrying out attacks", said Tehmeena.

A short documentary was also screened which showed how Pakistan invaded Kashmir and illegally occupied the region. Another video also exposed Pakistan's drive towards spreading fake news on Kashmir since after the abrogation of Article 370 and 35A on August 5, last year. It highlighted the way Pakistan is working on giving it a communal colour by spreading fake news.

Gianna Gancia, a Member of the European Parliament highlighted the deteriorating human rights situation in Pakistan, especially the people from minority communities. She said, "India's move to introduce the Citizenship Amendment Act (CAA) will help the persecuted minority community to get citizenship in India".

Brian Toll, Former Director of the European Commission said that Kashmir is the most beautiful part of the world where people are known for their hospitality. However, it faced the worst years because of the rise in terrorism with the support of Pakistan.

Mohd. Sajjad Raja, President, JKNAP, UK, who hails from Pakistan occupied Kashmir (PoK) said that Pakistan is the occupier of Jammu and Kashmir. "Islamabad calls it 'Azad' or Free Kashmir which is total fiction.""I am from that part of the world and there is no freedom to the people in Pakistan occupied Jammu & Kashmir. We have no constitutional, legal, religious or social rights there. All banned terror organisation are free to work in our part of Jammu and Kashmir", said Raja.

He said that the people in PoK have no human rights, which is a fact and not fiction. Senge Sering, President, Gilgit Baltistan Studies said that Pakistan has used GB as a launchpad for terrorists "as everybody knows that Kargil war as it was initiated, orchestrated from Gilgit Baltistan."