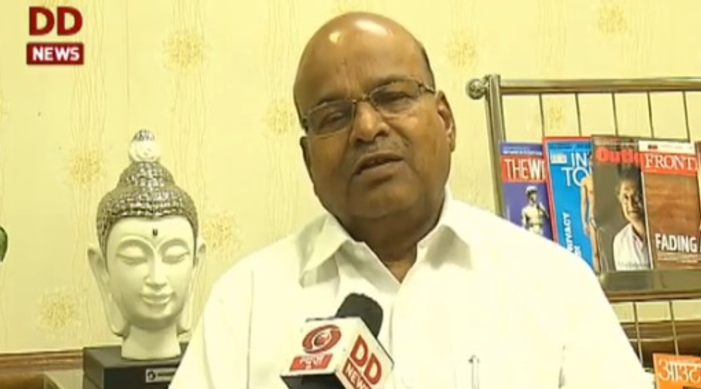 Half of the scholarships in pre-matric, post-matric and top class education and 30% slots of National Overseas Scholarship for Divyangjan candidates are reserved for girls candidates

Union Minister for Social justice and Empowerment Shri Thaawarchand Gehlot has said that the Government is fully committed to the welfare of Divyangjan, especially women Divyangjan of our country and several new schemes have been initiated during past 5 years. The number of women Divyang beneficiaries who received aids and appliances through ADIP camps organised by the Department of Empowerment of Persons with Disabilities (DEPwD) under his Ministry is 323345 during the last 5 years. The number of Divyang women beneficiaries who received skill training during the last 5 years is 27431. The Government has launched a special campaign from 1st to 7th March, 2020 in the run up to the International Women’s Day on 8th March this year with Divyangjan being the theme on 5th March.

Shri Gehlot said that at present, National Handicapped Finance and Development Corporation (NHFDC) under Ministry is organizing “EKAM Fest” from 2nd to 8th March, 2020 in New Delhi to facilitate entrepreneurship and marketing of products by persons with disabilities including women. NHFDC offers financial assistance in the form of concessional loan on convenient terms for setting up of income generating unit to all eligible Indian citizens with 40% or more disability and aged above 18 years. Rebate of 1% on interest rate is allowed to women with disabilities for self-employment schemes. The number of women beneficiaries of the last 5 years is 12959 and the total amount of loan of Rs. 102.55 crore was disbursed.

Referring to the provisions of Rights of Persons with Disabilities Act, 2016, the Minister said that there are general provisions in the Act which are applicable for men and women with disabilities alike. The appropriate Government and the local authorities shall take measures to ensure that the women and children with disabilities enjoy their rights equally with others. The Act guarantees equality and non-discrimination for persons with disabilities. The Act contains various rights relating to community life, protection (abuse, violence and exploitation), home & family, accessibility to voting, access to justice etc.

Shri Gehlot said that there are some provisions in the Act specific to Women viz. –

Take measures for pre-natal, perinatal and post-natal care of mother and child.; Sexual and reproductive healthcare especially for women with disabilities.

One of the 21 disabilities recognised under the Rights of Persons with Disabilities Act, 2016 is Acid Attack Victims, who are mainly women. They are not only entitled for various rights and facilities as available for other persons with disabilities but also reservation in government jobs and in higher education institutions.

The Act also contains a Chapter on offences and punishments for atrocities committed against women with disabilities with imprisonment of not less than 6 months which can be extended to 5 years and with fine.

Ministry of Social Justice and Empowerment