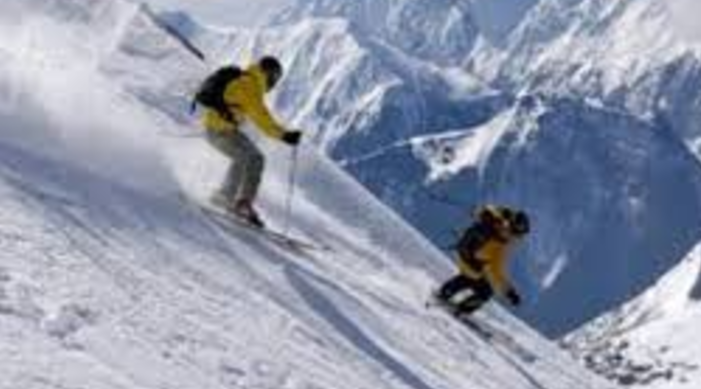 The mega event, which will begin from March 07 and conclude on March 11, is being organized by J&K State Sports Council under the aegis of Ministry of Youth Affairs and Sports, Government of India

The mega event, which will begin from March 07 and conclude on March 11, is being organized by J&K State Sports Council in collaboration with Youth Services and Sports Department, Winter Games Association of J&K, J&K Tourism Department and Gulmarg Development Authority, under the aegis of Ministry of Youth Affairs and Sports, Government of India.

Director Tourism also interacted with the skiers who had turned up in large numbers for the day long selection trials being held for the various events in the winter games.

Director Tourism also visited Gulmarg Golf Club to see the arrangements for the main function. An internet facilitation centre has been set up for the media persons there.

He directed the officers to work in close coordination to make the Winter Games at Gulmarg a grand success.

Display stalls and sale counters of Kashmiri Handicrafts, Handlooms, Kashmiri cuisine and Adventure Sports equipment will also be set up besides cultural evenings will be part of the mega event for entertainment of the participants.

Over 800 players from different parts of the country are expected to participate in around 30 events like Snow Skiing, Night Skiing, Snowboarding, Cross country, Snow show, Snow Cycling and other events.