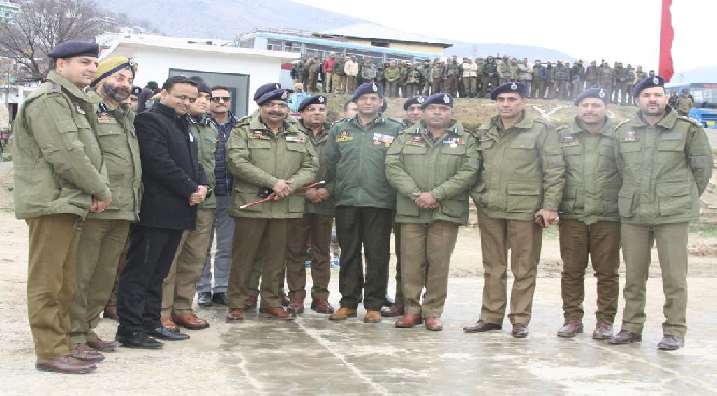 The Union Ministry of Home Affairs (MHA) has approved induction of 28 Jammu and Kashmir Police Service (JKPS) officers into the Indian Police Services (IPS) while another 31 KPS officers will be inducted later.

For the last more than a decade, no officer from the service had been inducted into IPS which had led to stagnation and resentment among the local officers as a number of them were working as SSPs even after 21 years of service or more. The last such induction of officers into the IPS was conducted in 2014 and the seats were filled up to 2009. However, since then the inductions couldn’t take place due to litigations which delayed publication of the seniority list of the JKPS officers.

Sources told DH that the MHA has set the process in motion and to begin with the induction quota of four years from 2010-14 has been approved accounting for 28 posts. 31 posts of remaining six years will be cleared after certain clarifications on J&K quota, they said.

The inductions from 2014 to 2020 have been kept pending for the time being as the Department of Personnel and Training (DoPT) has changed induction ratio of Jammu and Kashmir from 50:50 to 67:33 after the erstwhile state was downgraded as a union territory on August 5 last year, sources said.

“If the induction from 2014-2020 is approved on 67:33 basis, the quota will be around 31 seats. The MHA will, however, finalize quota of IPS induction seats for Jammu and Kashmir from 2014-2020 after consultations with the DoPT which had stopped 50:50 ratio of Jammu and Kashmir recently to bring the Union Territory at par with other States and UTs where the quota ratio was 67:33,” they added.

A senior official in Jammu and Kashmir Home department said there is a shortage of DIG level officers in the Union Territory and a few officers in the rank of DIG were holding charges of two zones.

“The induction of JKPS officers into IPS will lead to their promotion as DIGs especially those who have completed mandatory service for the post of DIG and taking into account available posts which will overcome the shortage in the rank of DIGs,” he said.