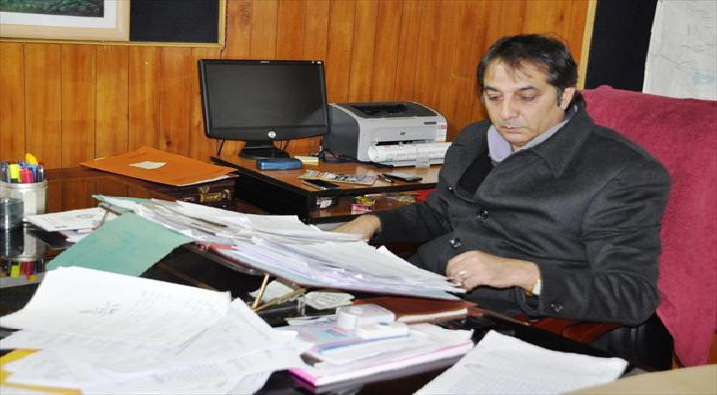 Baseer Ahmed Khan, a 2000-batch IAS officer currently posted as the Divisional Commissioner of Kashmir, has been appointed as the fourth advisor to Jammu and Kashmir Lieutenant Governor G C Murmu.An order to this effect was issued by Deputy Secretary, Union Ministry of Home Affairs (department of Jammu, Kashmir and Ladakh affairs), Anandi Venkateswaran here.

Approval of the competent authority is given “to the appointment of Baseer Ahmed Khan, IAS (JK-2000), as advisor to Lt Governor of the Union Territory of Jammu and Kashmir…,” the order read.

It said the appointment would be effective from the date from which Khan assumes charge.

“The Lt Governor of the Union Territory of Jammu and Kashmir is requested to issue necessary orders with regard to the terms and conditions of his appointment under intimation to this ministry,” the order said.

On June 30 last, Khan and his twin brother Additional Director General of Police (Law and Order) Muneer Khan got an identical order of one-year extension of their service on a day they were retiring.

Former CRPF DG Rajiv Rai Bhatnagar, a 1983-batch officer of the Uttar Pradesh cadre, was earlier appointed as the advisor to the Lt Governor on January 5, while another IPS officer Farooq Khan and IAS officer K K Sharma were retained as advisors after Murmu took over as the first Lt Governor of Jammu and Kashmir last year.