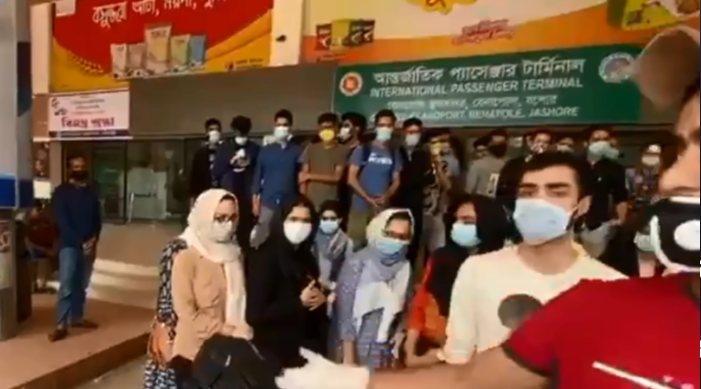 The man, who was admitted to the isolation ward, said he will try to dispel fears around remaining in isolation

Around 3.30 pm on Saturday, doctors at Safdarjung Hospital informed the first patient who tested positive for the coronavirus in Delhi that he has recovered and is fit to go home. Elated to hear the news, the 45-year-old man from East Delhi packed his belongings. And by 6.30 pm, he was home.

With a travel history to Milan, Budapest and Vienna, he had tested positive for the virus along with his two brothers-in-law who accompanied him on the trip. An exporter by profession, he had gone to attend an export fair in Italy.
On Saturday, he met his family after 14 days. His 65-year-old mother was in tears as he got out of the car. “It was an emotional moment for all of us. I was meeting my family after 14 days. The entire family was eagerly waiting for me to recover and return home,” he told The Indian Express on Sunday. Since then, he has been receiving endless calls from family and friends who want to know about the disease, healthcare facilities and the test.

Recalling one such call, he said: “One of my very close friends wanted to know if the test conducted for the coronavirus causes pain. I explained to him about the test and the precautions too. After getting out of the hospital, I am trying to spread awareness about the disease, treatment and the wonderful health facilities we have in India.”

After he tested positive, his family was advised home isolation. While he is out of the hospital, he will remain at home for the next 14 days as per the WHO guidelines. A team of doctors have been calling him at regular intervals to enquire about his health, if he is facing any trouble in breathing or if requires any other medical intervention.

The man, who was admitted to the isolation ward, said he will try to dispel fears around remaining in isolation. “People are scared of the word ‘isolation’. They should know that the space created for patients is like a one-bedroom suite. Proper hygiene guidelines are being followed… The virus is only curable if you have medical assistance,” he said.

Having to spend Holi at the hospital, he recalled how he was cheered up by a call from Union Health Minister Dr Harsh Vardhan.

“He made a video call on Holi to ask about my health. It was a proud moment. I knew about him as a doctor and how he has been active in taking medical issues forward, but I never thought I would be speaking to him personally. You feel that you are in safe hands,” he said, adding that the country has been able to eradicate polio and will be able to tackle coronavirus too.
Courtesy: The Indian Express